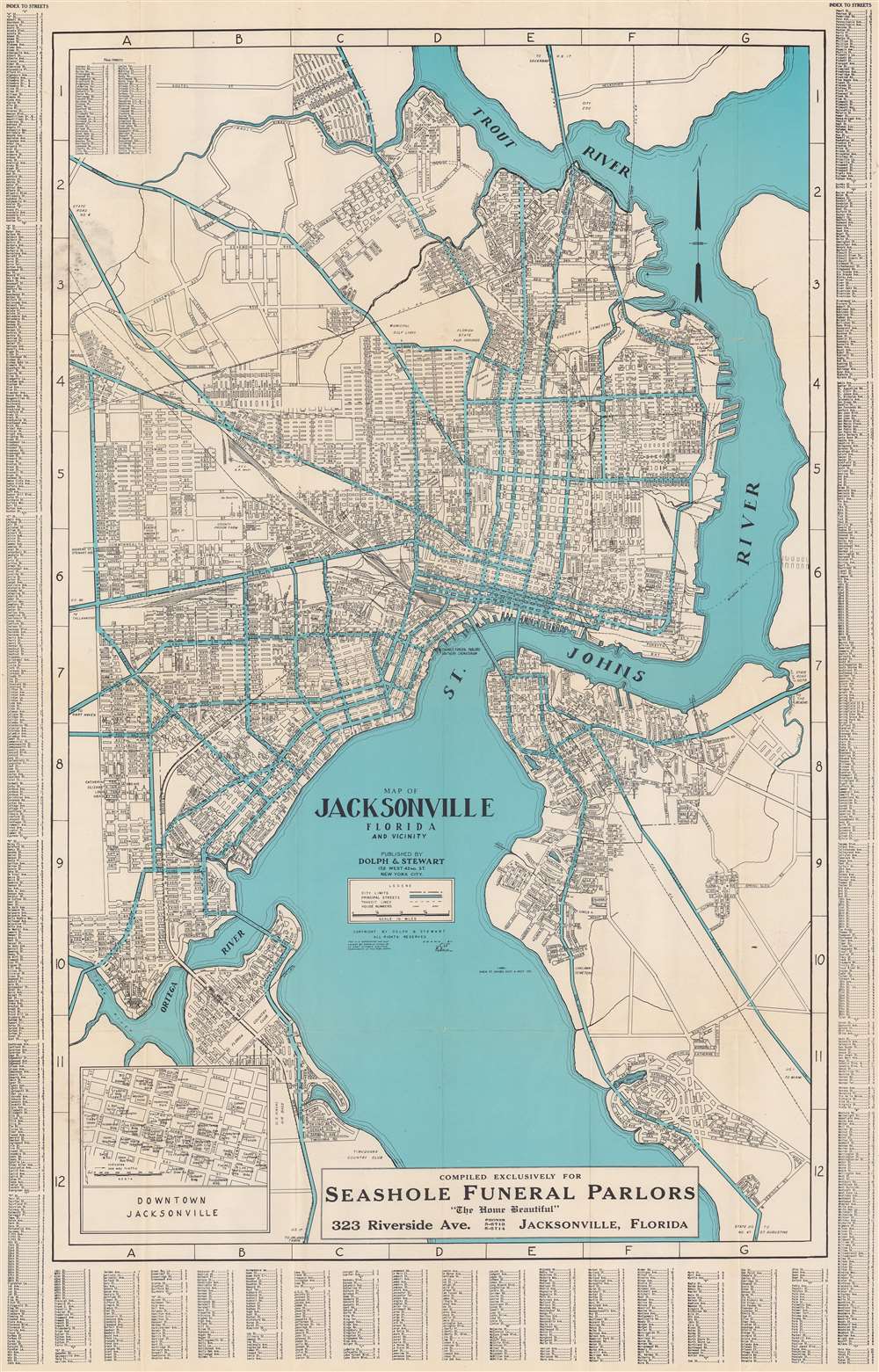 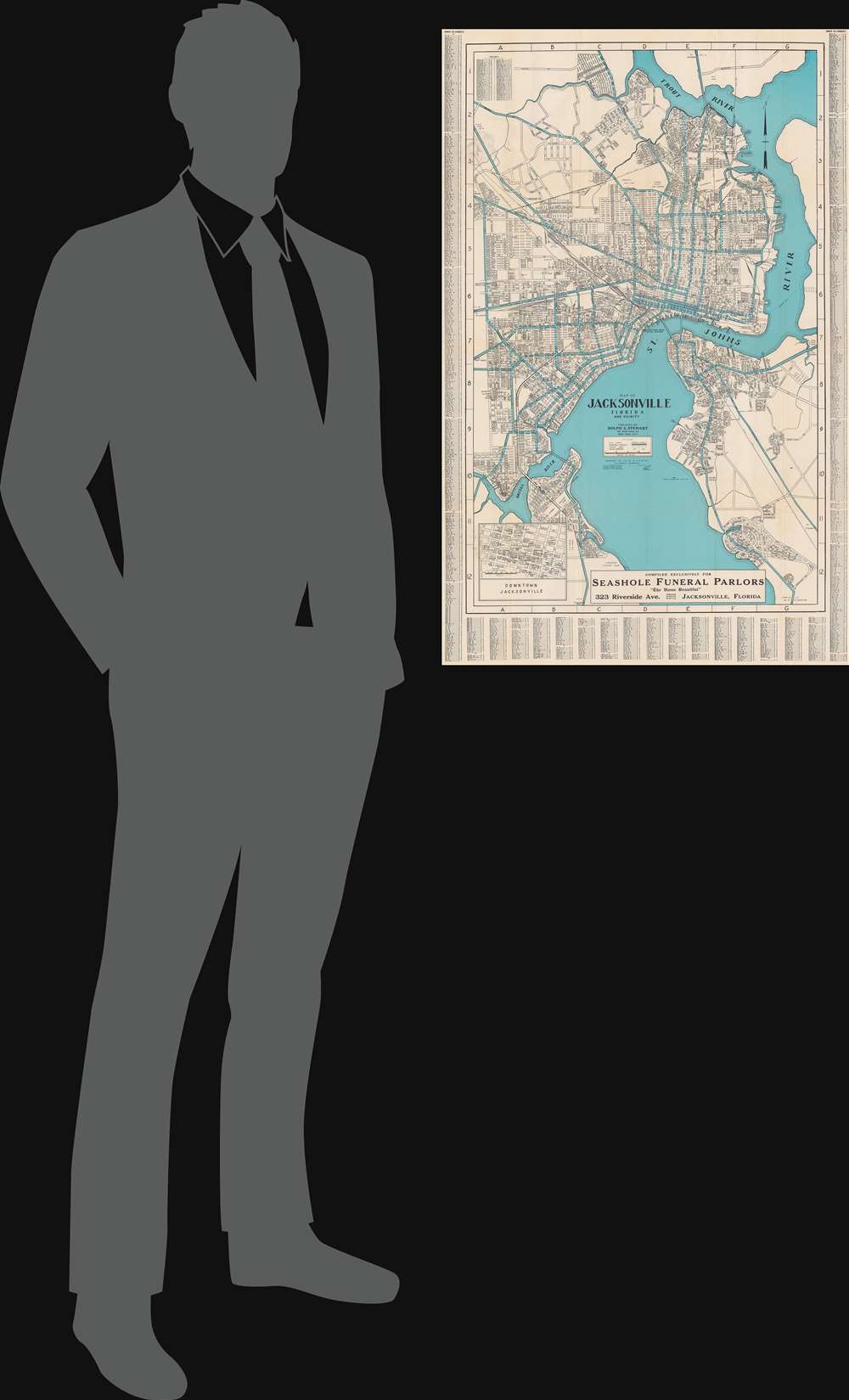 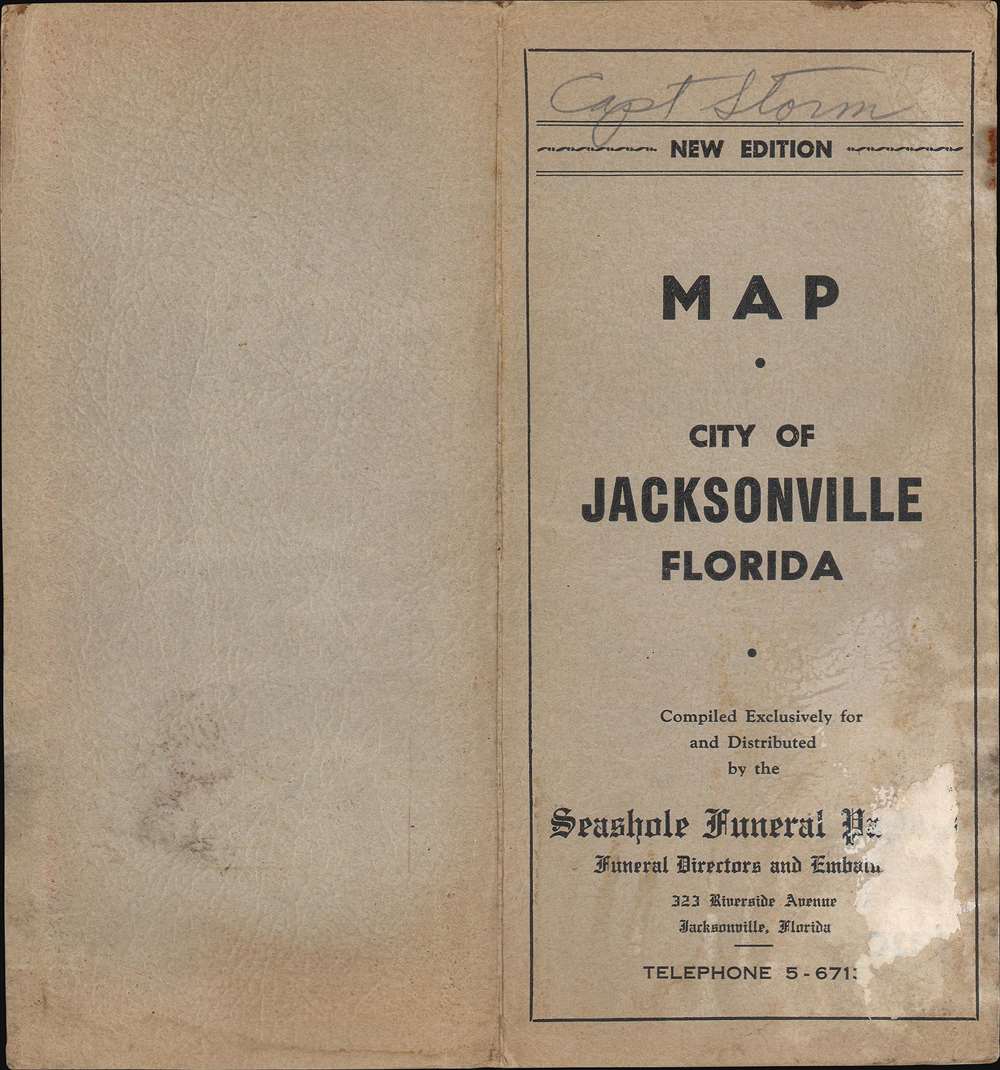 This is a c. 1930 Dolph and Stewart city plan or map of Jacksonville, Florida and its immediate environs highlighting the city's ongoing development. The map focuses on what is now Jacksonville's urban core, prior to consolidation: the area loosely delineated by the Ortega River, St. John's, and the Trout River. The Lake Forest neighborhood is appears at a time when it would have sported pecan groves. The proposed road and bridge linking Edgewood and Tallulah Avenues is marked but has not yet been constructed. The bridge, crossing Moncrief Creek, was not completed until 1945.

The 1920s brought a real estate boom to Jacksonville driven by railroad traffic en route to new tourist destinations in South Florida, and the completion of the Dixie Highway. Several housing projects marked date from this period. Durkeeville Housing Project is marked. This historic neighborhood was the result of growth and prosperity in Jacksonville's African American community. Not far to the northeast, the c. 1920s Brentwood housing project, the first White housing project in Jacksonville, is noted. It is unlikely that either neighborhood would have appeared on a map much earlier than 1928, and it may be that this is the first map to highlight them.

This map was drawn by Clif Hallman, about whom we know nothing. He seems to have produced no other maps with his name attached. If he did more, it was likely as an anonymous draftsman under the New York firm Dolph and Stewart, who published this map. Due to the Dolph and Stewart copyright, the map was printed prior to Frank Dolph's takeover of the firm in the 1940s. A handful of examples prior to 1950 appear in OCLC. These later editions included a map on the verso, which is not present here. Two examples in OCLC dated '1900s' and '1930s' appear to correspond with this one, except the advertisement for 'Seashole Funeral Parlors' is not mentioned in the former, and appears to differ in language on the latter, suggesting a possible change in state. Our dating of 1930 is a conservative estimate.