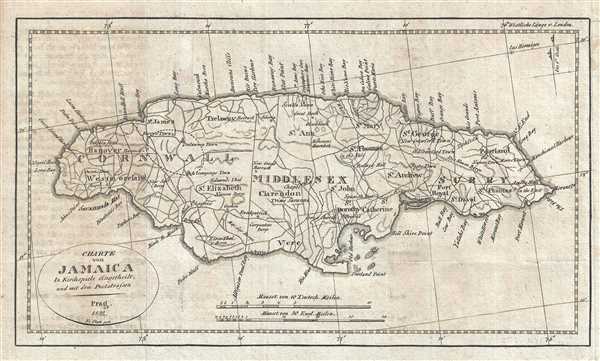 This is an 1822 Franz Pluth map of Jamaica. The map depicts the entire island in wonderful detail, labeling towns and villages, including Kingston, along with parishes and counties. Numerous roads traverse the island. Points along the coastline are also labeled.

This map was engraved by Franz Pluth and published in 1822.