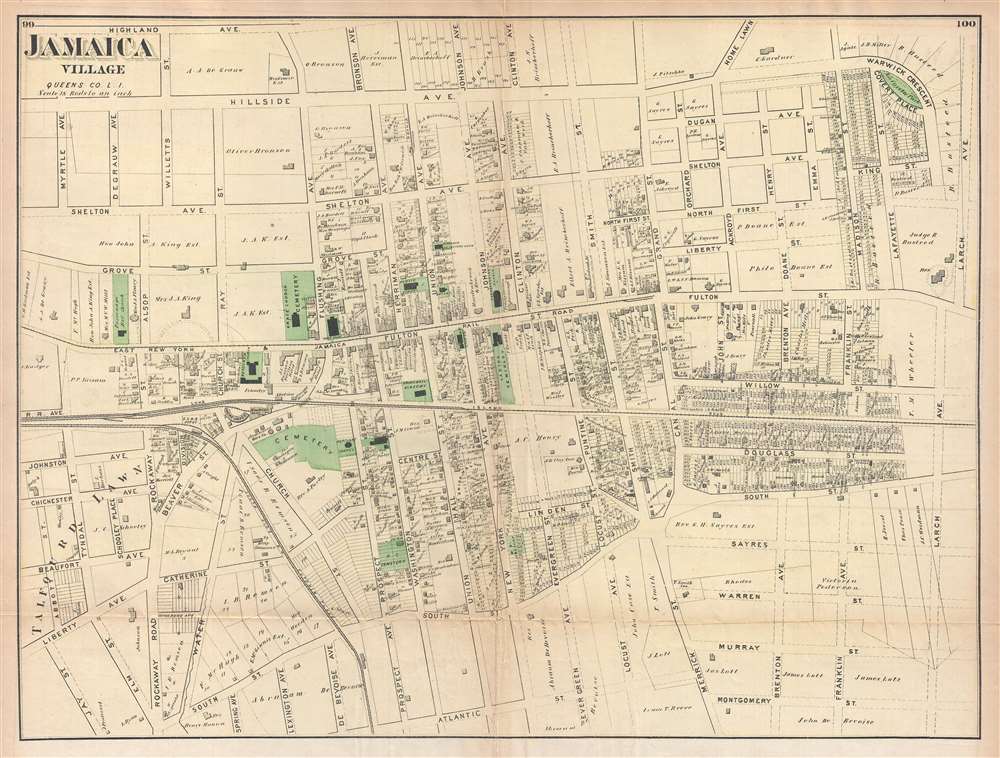 Probably the finest atlas map of the town of Jamaica to appear in the 19th century, this is an 1873 Fredrick W. Beers map of the town of Jamaica Village, Queens, New York. The map depicts the area from roughly modern-day Highland Avenue to Atlantic Avenue and from Myrtle Avenue to Franklin Avenue. Highly detailed, individual property owners throughout the village are identified, several of which own rather large amounts of property. Numerous buildings are also labeled, including the ladies' seminary, the Union Hall Academy, the public school, Presbyterian church, and town hall. Both the Long Island Railroad and the South Side Railroad are illustrated and labeled, as are nearly all the streets.