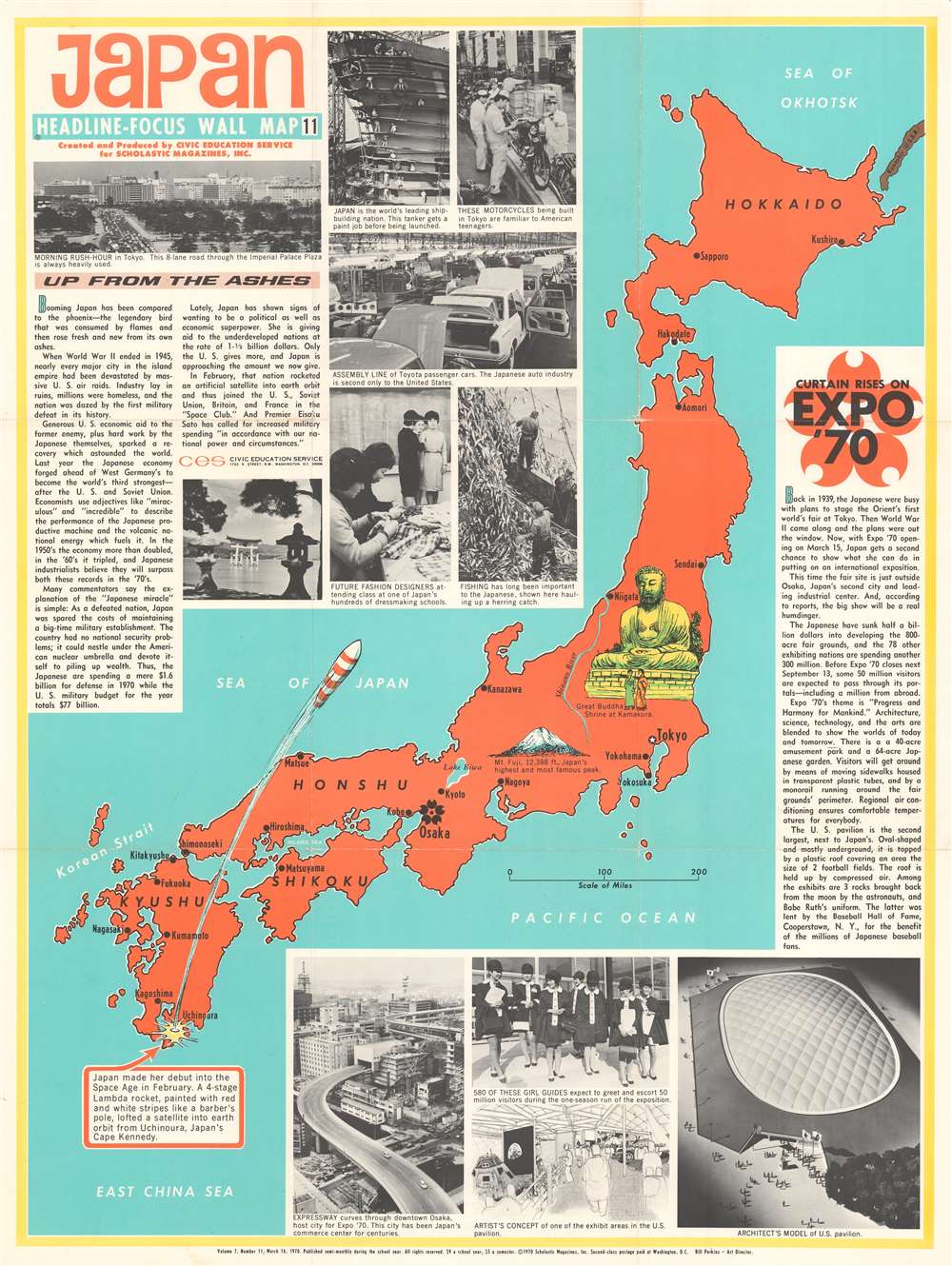 This is a 1970 Civic Education Service wall map of Japan celebrating that nation's meteoric recovery after World War II and the recently-opened Expo '70 world's fair outside Osaka. Japan's home islands, colored orange, are flanked by two blocks of text. The text block on the left applauds Japanese economic successes and their sensational rise 'up from the ashes' of World War II. When this map was printed, Japan had recently passed West Germany to become the world's third-strongest economic power. The photographs printed along the right reinforce Japan's economic power and highlight its auto industry, dressmaking schools, and its shipyards. Japan's generosity toward 'underdeveloped nations' is also promoted. The successful launch of a satellite into space, illustrated here by a rocket 'painted with red and white stripes like a barber's pole,' gained Japan entry into the exclusive 'Space Club' alongside the U.S., the Soviet Union, France, and Britain.

Expo '70, held outside Osaka between March 15 and September 13, 1970, had 'Progress and Harmony for Mankind' as its central theme. The expo occupied 820 acres, and seventy-eight nations participated. An architect's drawing of the U.S. pavilion occupies the map's lower right corner. The U.S. pavilion, the second largest at the Expo (Japan's was the largest), had a roof that covered an area the size of two football fields. It housed, among other things, moon rocks gathered by Apollo XII astronauts and Babe Ruth's baseball uniform. Today, the site of Expo '70 is known as the Expo Commemoration Park, and, although many of the pavilions have been demolished, the Tower of the Sun still stands.

This map was created and published by the Civic Education Service as Volume 7, Number 11, on March 16, 1970. This is the only known example.