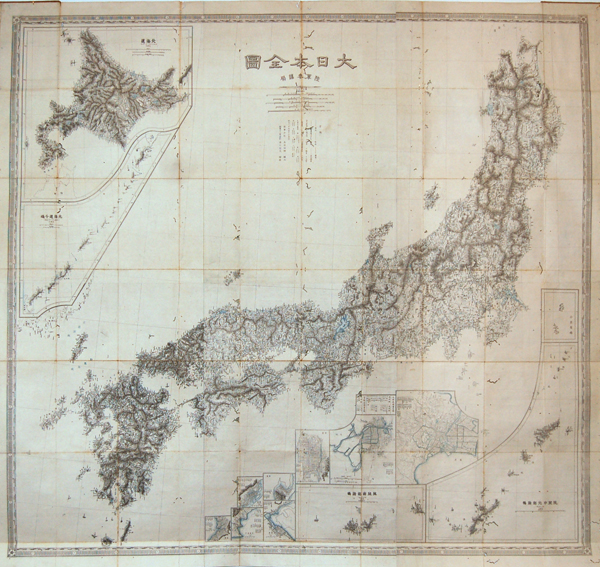 This is a stunning Meiji 11 or 1878 pocket or folding map of Japan. Based on survey work performed by the legendary Ino Tadataka during the Edo Period, this map reflects the stunning detail inherent to Tadataka maps. Covers Japan in full with thirteen insets detailing Hokkaido, Edo (Tokyo), the smaller Japanese Islands, and several important Japanese cities. This map was issued in the Meiji era for use by the Japanese military. It is extremely rare to stumble across such a fine large format Ino map

Very good condition. Some wormholing, else clean and beautiful. Original folds. Folds into original boards.
Looking for a high-resolution scan of this?