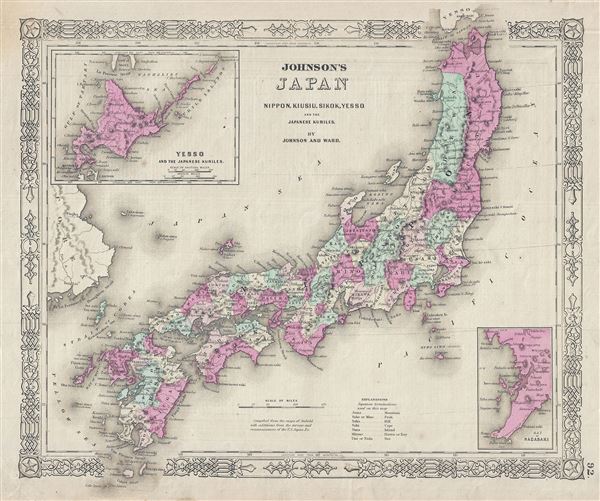 This is Johnson and Ward's 1863 map of Japan. Compiled by A. J. Johnson from the map of Siebold with additions from the surveys and reconnaissance of the U.S. Japan expedition, this map covers the Japanese Islands from Kiusiu north to Yesso (Hokkaido). An inset map in the upper right focuses on Hokkaido or Yesso and the Japanese Kuriles. Another inset in the lower right quadrant details the Bay of Nagasaki.

Various towns, cities, rivers and several other topographical features are noted with relief shown by hachure. It features the fretwork style border common to Johnson's atlas work from 1863 to 1869. Published by Johnson and Ward as plate no. 92 in the scarce 1863 edition of Johnson's Family Atlas.