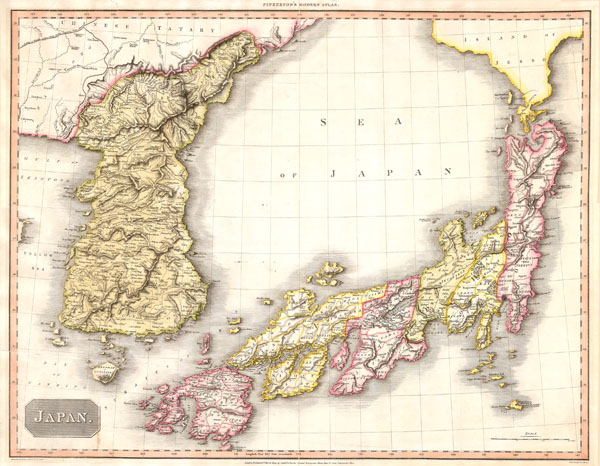 A masterpiece. This fascinating hand colored 1809 map by Edinburgh cartographer John Pinkerton depicts Korea (Corea) and Japan. A spectacular, highly detailed map of this fascinating region with spectacular engraving, practically leaps off the page. Possibly the finest map of Japan and Korea to appear in the 19th century.

Very good condition. Wide clean margins. Several closed tears that have been professionally restored and backed with Japanese paper – hence the reduced price on what is normally a $700 map..
Looking for a high-resolution scan of this?