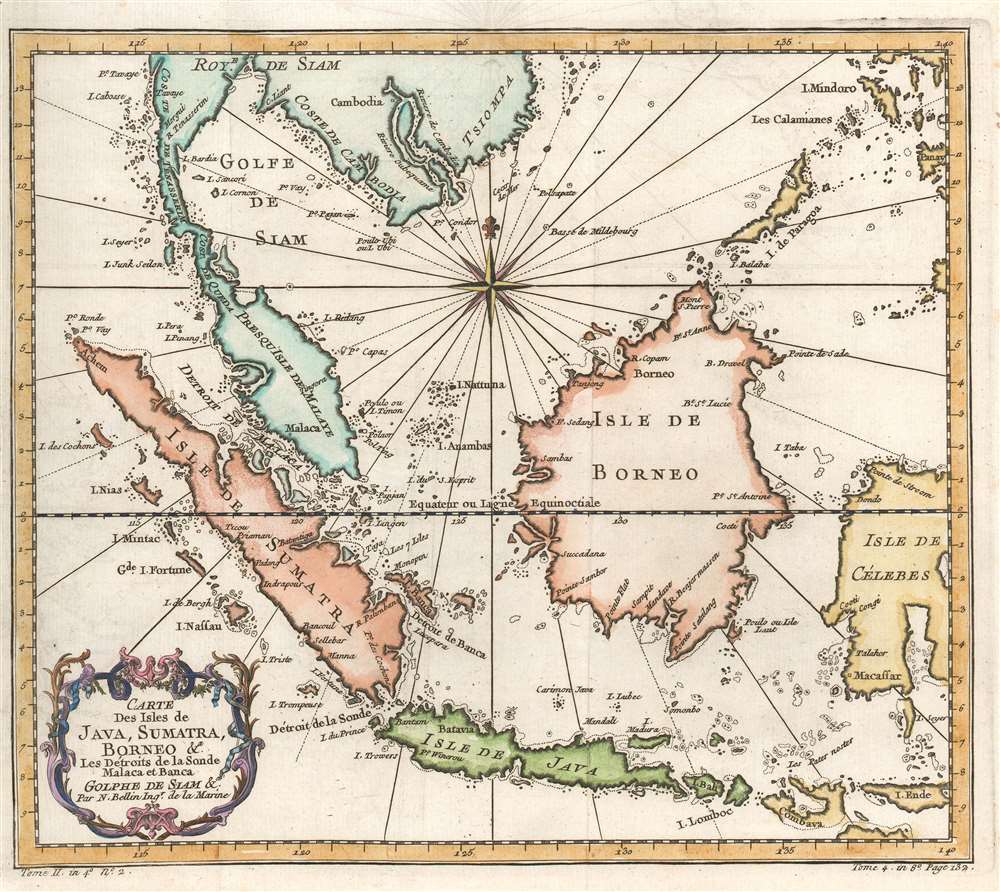 This is an attractive c.1780 Jacques Nicholas Bellin map of the East Indies. The map depicts from Siam (Thailand) and Tsiompa (modern day Vietnam) south to include the Sumatra, Java, and Borneo. The Malay Peninsula (Malacca), Singapore, Borneo, Sumatra, Java, and part of Celebes (Sulawesi), are included. Impressive detail appears along all the coastlines, however little inland information is present, as is common for Bellin's nautical charts. Singapore remains unidentified, but several other lesser islands are noted including Tioman Island (Poulo ou I. Timon) and Penang. A beautifully engraved rocco title cartouche adorns the lower left corner of the map.

This map was created by Jacques Nicholas Bellin and published in 1780 by De la Harpe in his Abrégé de l'Historie générale des Voyages. Four examples are cataloged in OCLC and are part of the institutional collections at Cornell University, the University of Hawaii, the Bayerische Staatsbibliothek in Munich, and the Unversitätsbibliothek München in Munich.