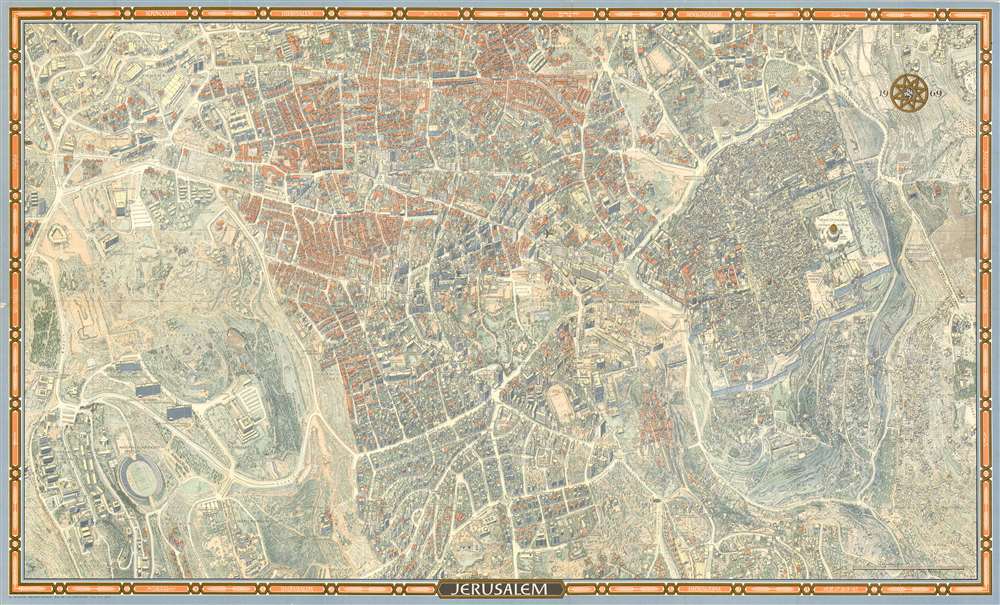 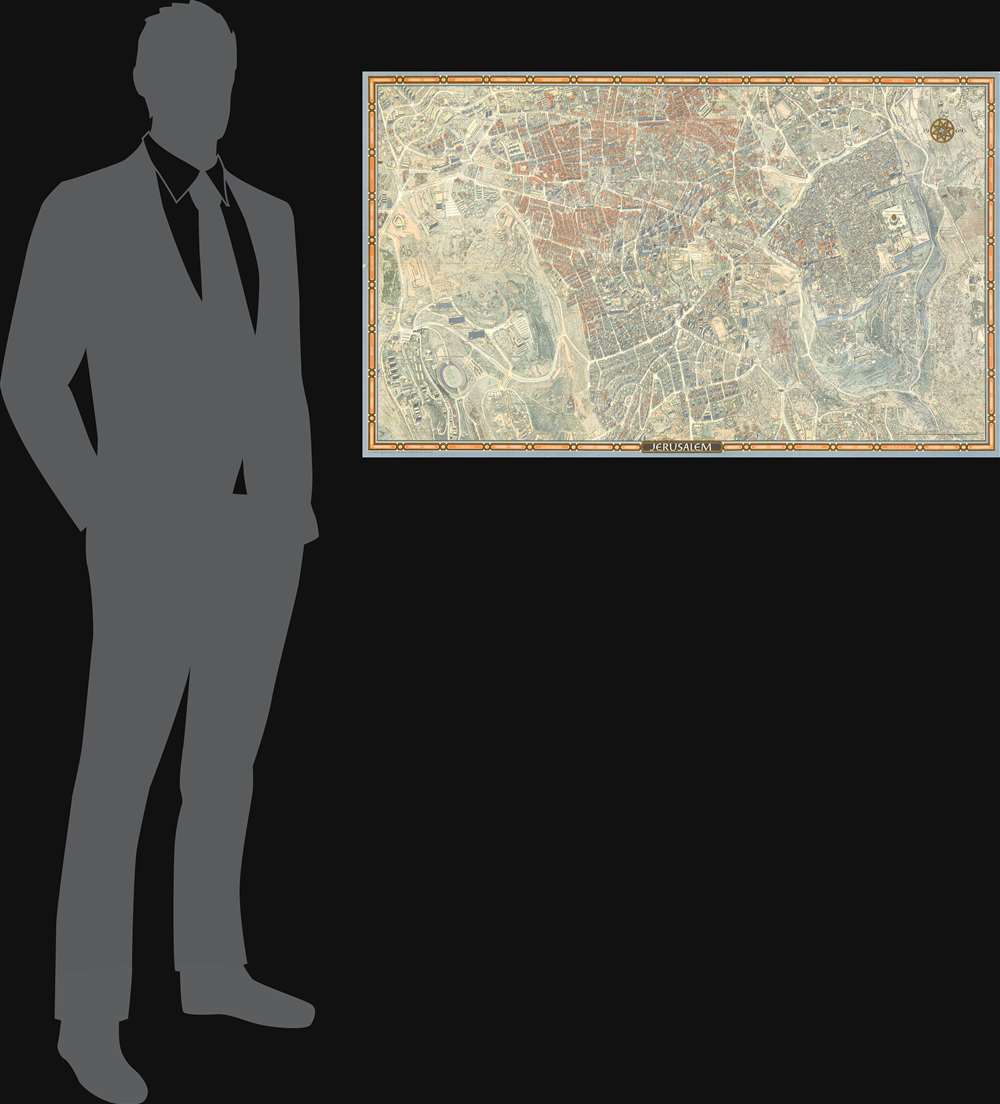 The first pictorial map made in Israel?

This is a stunning 1969 first edition Herman Bollmann bird's eye view pictorial map of Jerusalem. The map depicts the city from the Old City to Hebrew University. Buildings throughout Jerusalem are illustrated in detail, including the Dome of the Rock, the Western Wall, the El-Aqsa Mosque, the Church of the Redeemer, and the Church of the Holy Sepulcher in the Old City, which is surrounded by its ancient walls. Numerous gates in the walls are identified. Myriad small buildings are illustrated within the Old City, and the Jewish Quarter, Christian Quarter, Muslim Quarter, and Armenian Quarter are each labeled. Buildings and other sites outside the Old City are also illustrated and labeled, including the Church of the Tomb of the Virgin, Gethsemane, David's Tomb, the Church of Dormition, and the Yemin Moshe Synagogue. The Catholic, Protestant, Jewish, and Muslim cemeteries are all identified. Numerous streets are identified. The whole is surrounded by a border bearing the name of Jerusalem translated into sixteen different languages.

The map is accompanied by its original pamphlet, which features a letter from the Mayor of Jerusalem, Teddy Kolleck (1911 - 2007). He writes,

It is my pleasure, as Mayor of Jerusalem, to introduce this 'pictorial' map of our city.

Since ancient times Jerusalem has formed the minds of men. Yet, for all its spiritual influence, it is also a city of flesh and blood, of stone and mortar, in whose texture the course of its turbulent history can be raced.

To the east a mediaeval city, a filigree structure contained within its walls. In the center a 20th century town with its tile-roofed residential district, its bustling business and shopping centers. And westward - the University, the Museum and Government buildings - the first landmarks of Jerusalem of the 21st century, set in the raw landscape. So much a labour of love, the map brilliantly conveys their relationship.

As a pictorial map of Jerusalem, the first of its kind in Israel, it is a work of graphic art, worthy of its splendid subject. I am sure that it will be of much help and interest to both residents of the city and visitors from abroad.

This map was published in many different editions and states, all of which were created by Herman Bollmann, who was commissioned by Wim van Leer. The present example was published in Haifa, Israel, by Wim van Leer in 1969. A smaller vertically oriented map detailed just the Old City, was printed both in gold and with more conventional ink. Every edition bears the same copyright information, indicating that they were created and published simultaneously. We are aware of examples of each of these editions, which vary in rarity.

Very good. Wear along old fold lines.
Looking for a high-resolution scan of this?