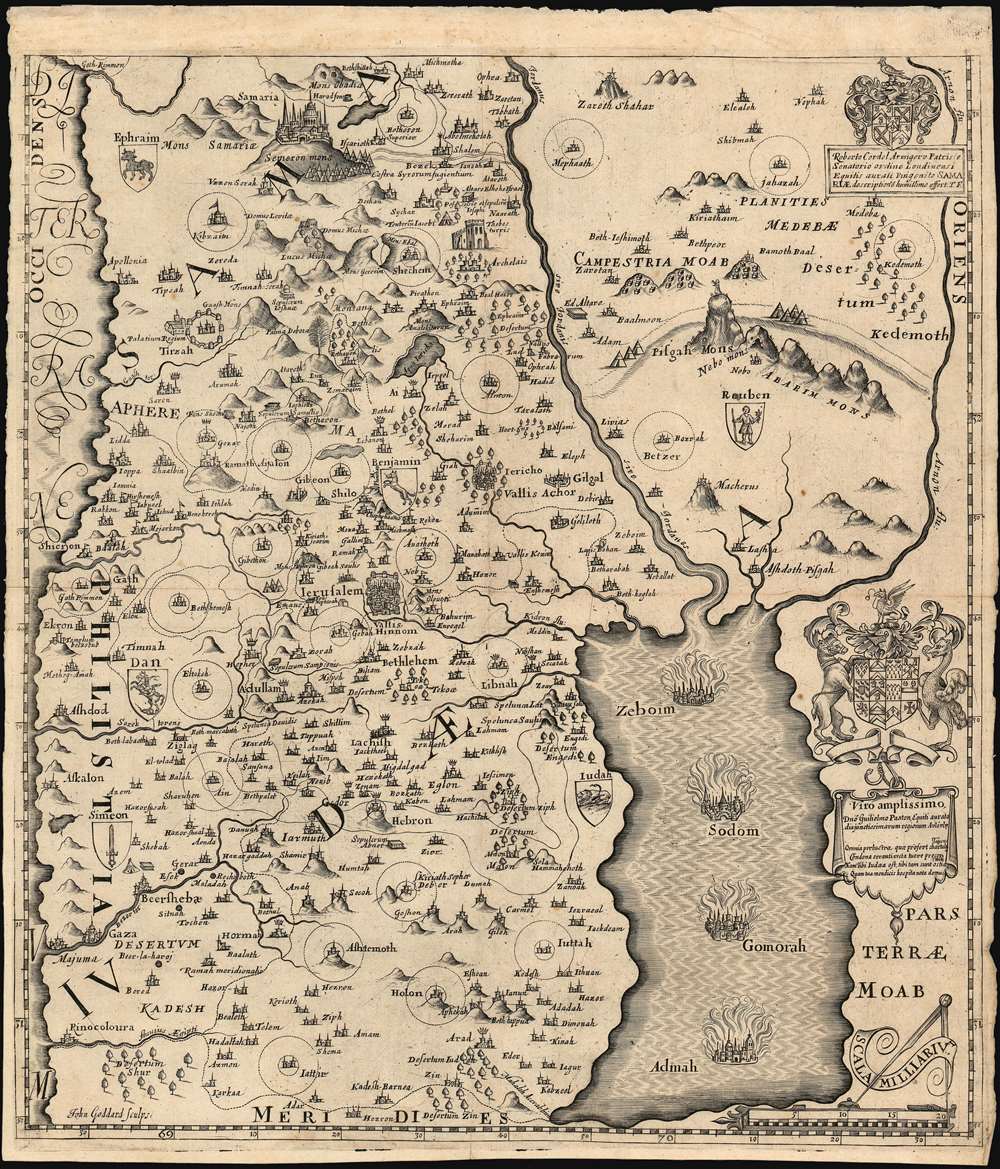 Dramatically Engraved Map of Judaea and the Dead Sea
$500.00

This 1650 Thomas Fuller map of Judaea shows the lands of six of the Thirteen Tribes of Israel, in the portion of the Holy Land running from Samaria to the southern extent of the Dead Sea. Jerusalem and Bethlehem are shown. Within a large, dramatically-engraved Dead Sea the cities of Zeboim, Sodom, Gomorrah and Admah are shown in flames. Simeon, Judah, Dan, Benjamin, Reuben, and Ephraim are marked on the map with the emblems of the respective tribes. In the Pisgah mountains to the east of the Jordan River, Moses is shown atop Mount Nebo, beholding the land he would not be permitted to enter. This same episode is alluded in the title of the work in which this map appeared, Fuller’s A Pisgah Sight of Palestine: the reader might, like Moses, never enter the Holy Land, but with the aid of this book might be able to see it.
The two-sheet map of the entire Holy Land, of which this comprises the lower half, is generally found joined.