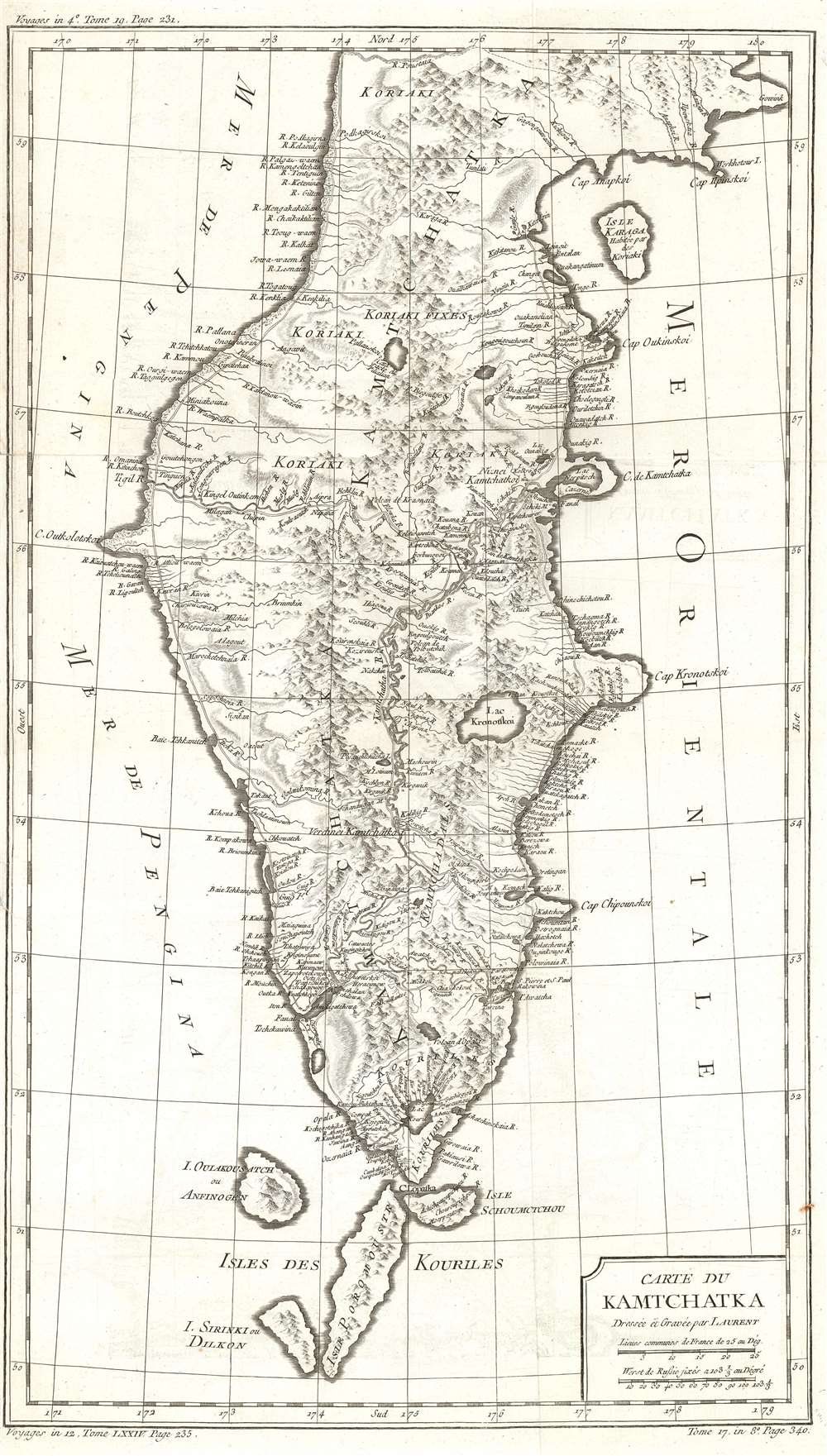 An incredibly detailed 18th century map of the Kamchatka Peninsula.
$250.00

This is a 1757 Jacques-Nicolas Bellin map of the Kamchatka Peninsula. The map depicts the entire peninsula and parts of the Sea of Okhotsk and the Bering Sea. Based on the work of Stepan Petrovich Krasheninnikov, an incredibly detailed illustration of the peninsula's interior is presented. Myriad rivers are illustrated and labeled, as is a chain of mountains running up the peninsula's center. A handful of lakes are also identified. The northernmost Kuril Islands are illustrated and labeled as Isle Schoumctchou, I. Oulakousatch ou Anfinogen, Isle Poromoustr, and I. Sirinki ou Dilkon.

This map was drawn and engraved by J. Laurent and published by Jacques-Nicolas Bellin for inclusion in Abbé Prévost's Histoire Générale des Voyages in 1757.