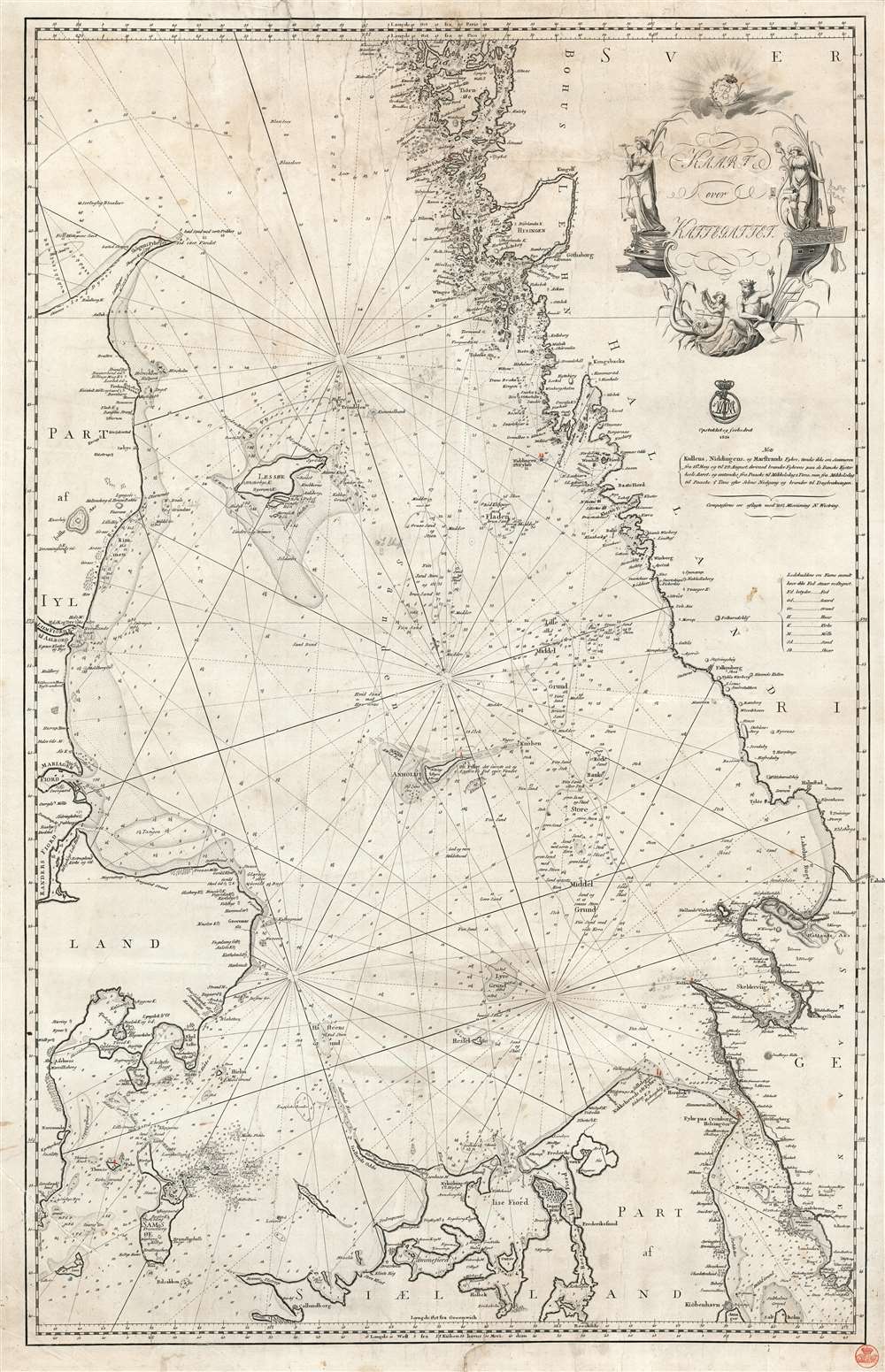 A working nautical chart of the Kattegat - the strait between Denmark and Sweden.
$1,300.00

This is an 1820 Royal Danish Nautical Charts Archive nautical chart or maritime map of the Kattegat, the strait between Denmark and Sweden. This is one of the most actively navigated bodies of water in the world. With Denmark on the left and Sweden on the right, myriad islands appear along Sweden's coastline, and the many islands dotting the strait are illustrated and labeled. Depth soundings and rhumb lines provide navigational aids. Manuscript notes suggest that this chart was used aboard ship.

Bordered by the Jutland Peninsula to the west and Sweden to the east, the Kattegat is a shallow sea that can be dangerous and difficult to navigate. Sandy and stony reefs abound, and it's tricky currents shift regularly. Before the completion of the Eider Canal in 1784, the Kattegat was the only way to access the Baltic region by sea. The Danish royal family began imposing dues on shipping in 1429. The dues were then continued by Denmark until 1857. Today, a network of improvements has been created to safeguard the immense amount of international maritime traffic that passes through the region. Many of its reefs have been dredged and several artificial channels have been dug. An extensive light-signaling network has also been installed.

This map was created by the Royal Danish Nautical Charts Archive and published in 1820. Two examples are cataloged in OCLC and are part of the institutional collections at the Bibliotheque nordique in Paris and the Royal Danish Library in Copenhagen.