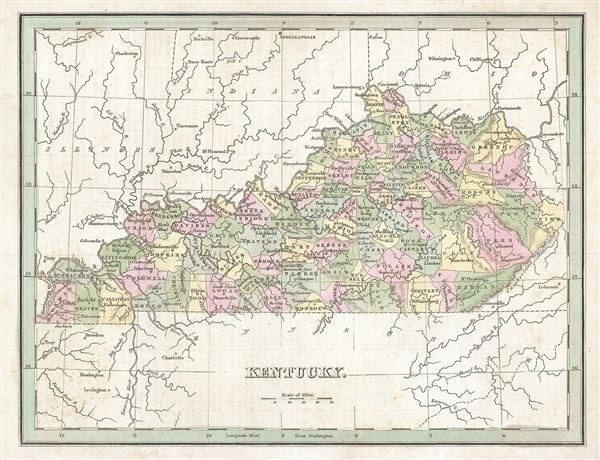 This is a beautiful example of T.G. Bradford's 1835 map of Kentucky. It covers the state of Kentucky as well as parts of adjoining Tennessee, Illinois, Indiana and Ohio. It shows the region in detail, noting rivers, cities, towns, and other topography. Elevation is rendered by hachure and counties are color coded.