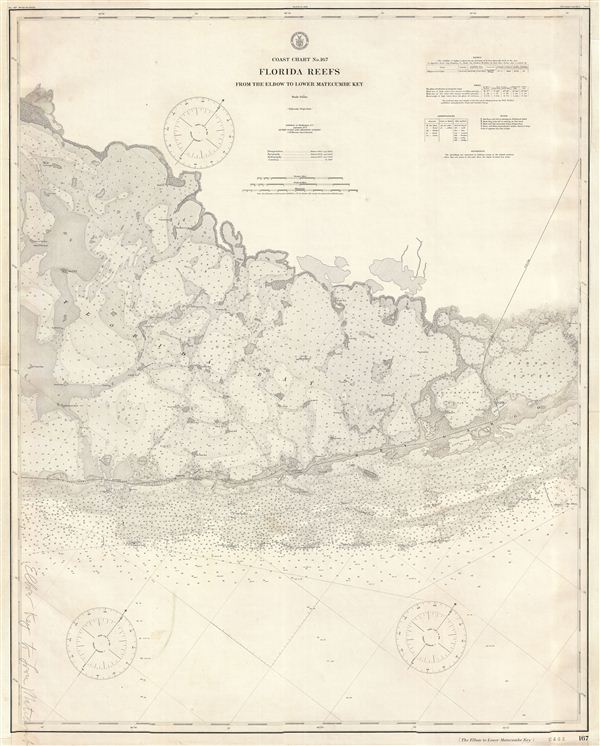 A scarce 1908 U.S. Coast Survey nautical chart or maritime map of the eastern Florida Keys and Florida Bay. The map covers from The elbow to Matecumbe Bay, but focuses on Key Largo, which occupies the center of the map. Lower Matecumbe Key, Upper Matecumbe Key, and Long Island, as well as a host of lesser Keys in the Florida Bay are also included. The chart offers a wealth of detail including impressive inland detail and countless depth soundings. Shading further highlights shallow areas along the coasts - where instead of fathoms, all sounding are represented in feet for greater accuracy. The upper right quadrant offers a wealth of practical information for the mariner, including notes on tides, lighthouses, buoys, and soundings. Published by the United States Coast and Geodetic Survey under the superintendence of O. H. Tittmann.