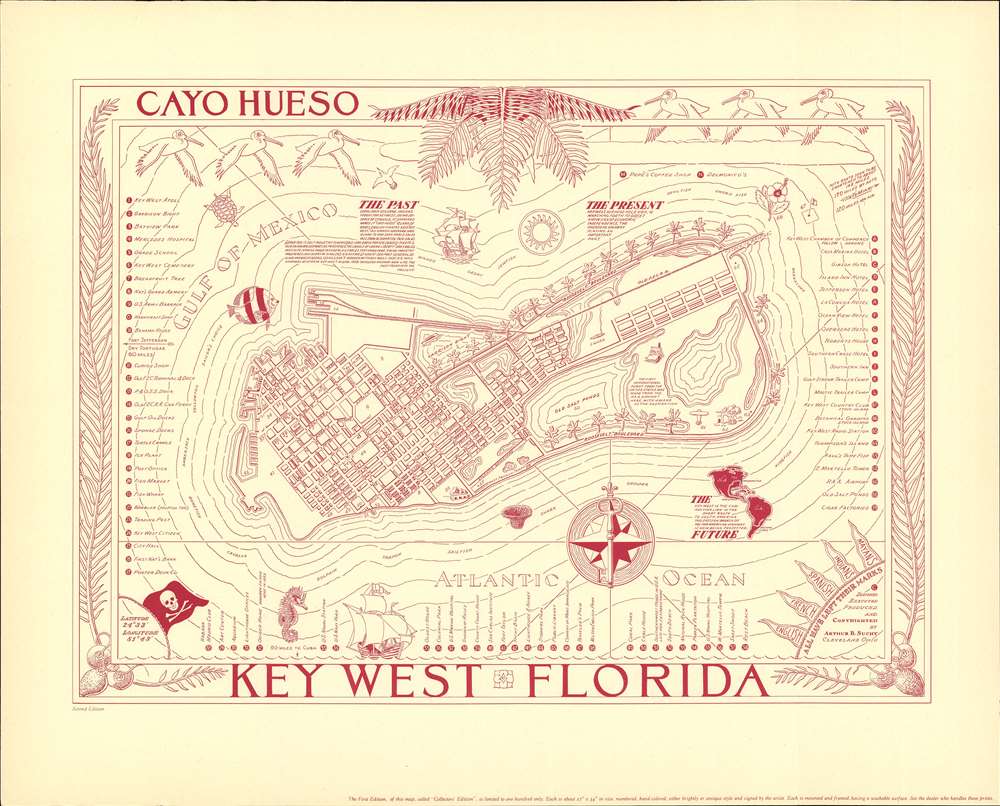 A fine c. 1940 pictorial map of Key West, Florida, issued by Arthur B. Suchy. The map covers all of Key West. City blocks are illustrated and important hotels, parks, trees, tourist attractions, and civic buildings, in all more than 59 locations, are noted. The map is surrounded by an elaborate border featuring decorative palm fronds and sea birds. Marine life and pirate ships populate the seas.

This map was published in 1940 by Arthur B. Suchy in Cleveland, Ohio. There are two editions, the first, known as the 'collectors edition' is in larger format, was issued as a limited edition with only 100 examples, and features stunning hand color. All second editions, as here, are labeled as such and, although some do feature hand coloring, they are always printed in red to distinguish them from the first.