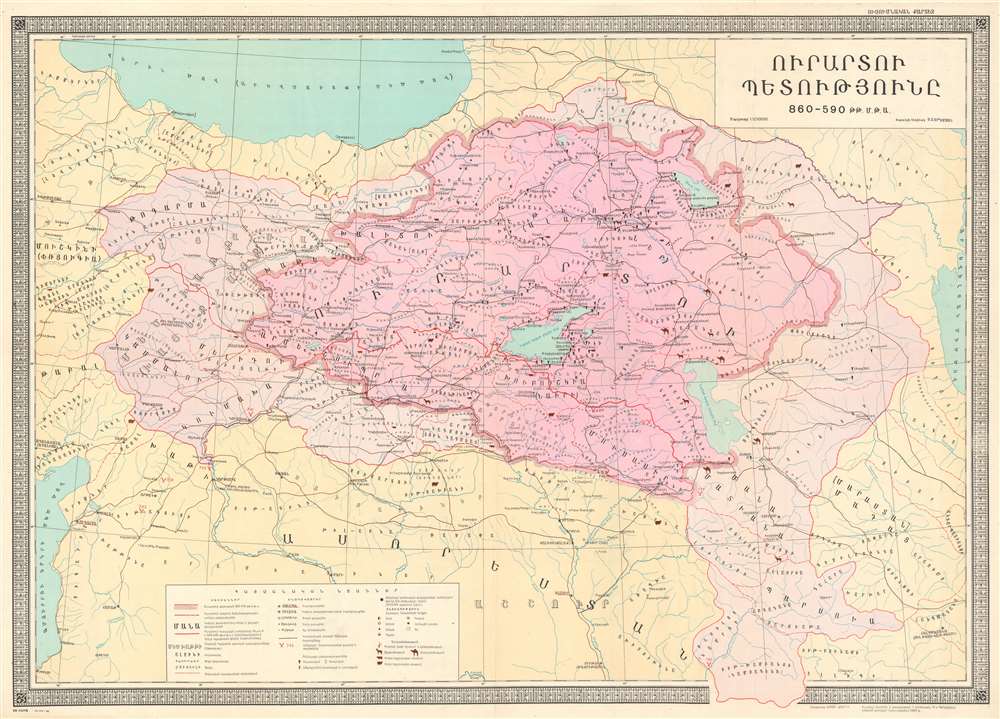 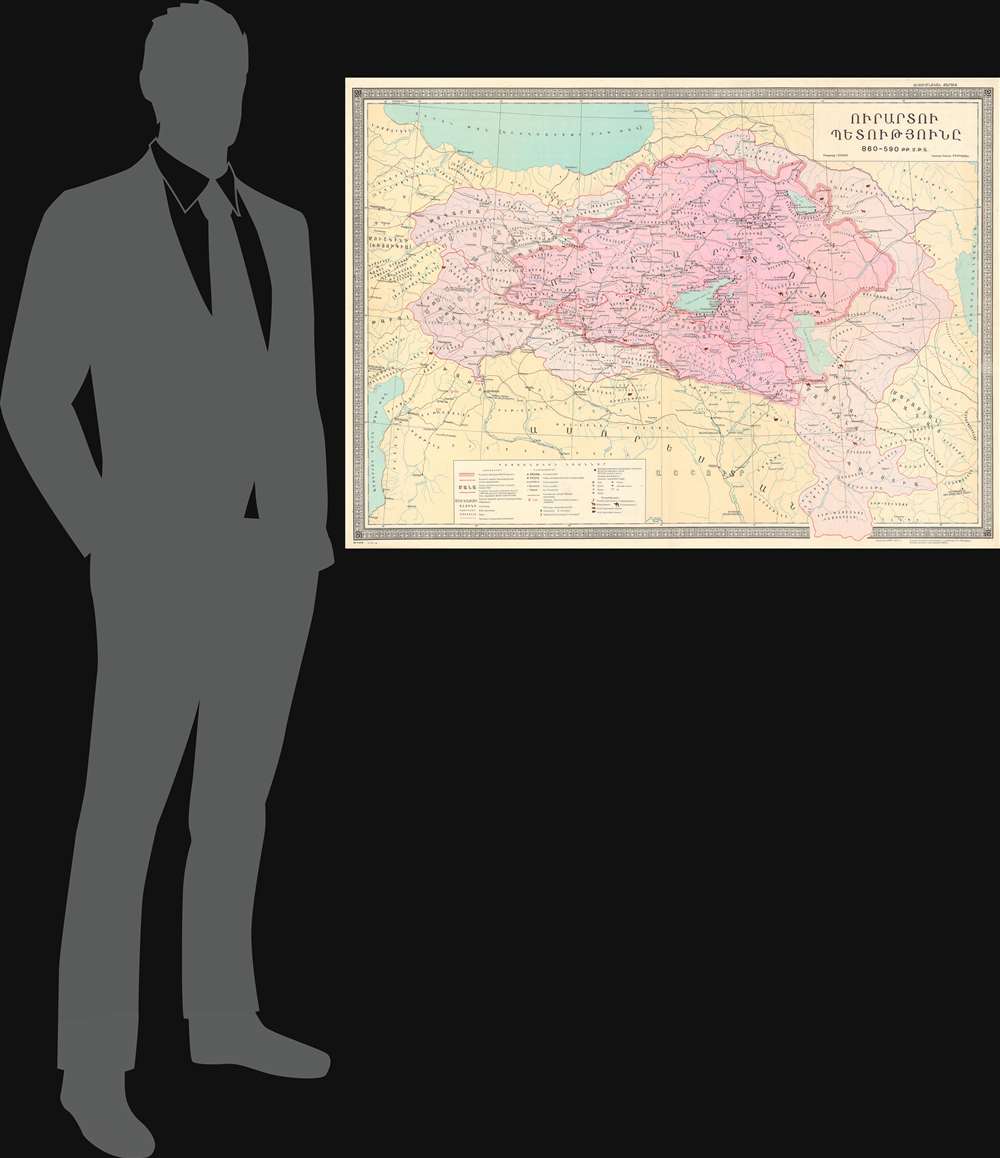 An extremely important Armenian language map of the ancient Armenian Kingdom of Urartu.
$1,200.00

This is a rare separately issued 1980 Suren Yeremian map of the historical Kingdom of Urartu published in Armenian. Stretching from eastern Anatolia to northwestern Persia (the Biblical 'Mountains of Ararat'), the Kingdom or Urartu was an Armenian civilization that existed between 860 and 590 BCE. This era is considered to be a golden age in the ancient history of the Armenian people, who created a series of different states around the greater region over the course of 4,000 years. Dark pink shading is used to highlight the central areas of the Kingdom, while lighter pink indicates areas that were only temporarily held by the Kingdom. Ancient districts are labeled, as are numerous cities and towns, most of which have long since been erased by the passage of time. Mines, quarries, and wine regions (Armenia was one of the first places in the world to produce wine!) are identified, as are areas for grazing sheep, cattle, and even camels. Roads and caravan routes are indicated. Important battle sites are also noted. Most of this information appears for the first time here in Yeremian's work, a compilation of decades of research done by this incredibly important historian.

This map was published by the Yerevan University Press in 1980. The first edition was published around 1960, but both editions are nearly identical. All editions of this map are extremely rare.