1830 Nautical Chart of Oresund Strait: Denmark and Sweden (near Copenhagen) 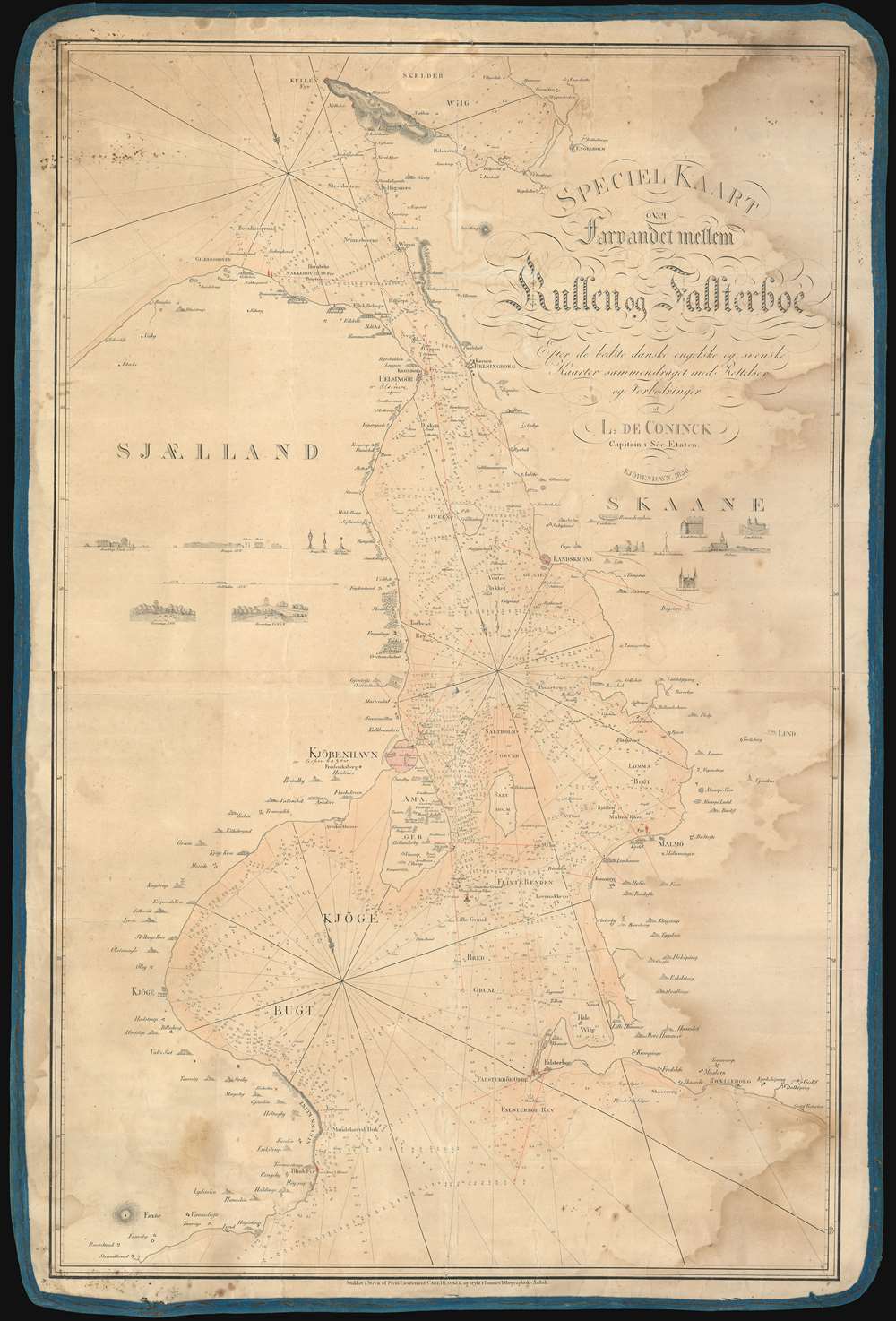 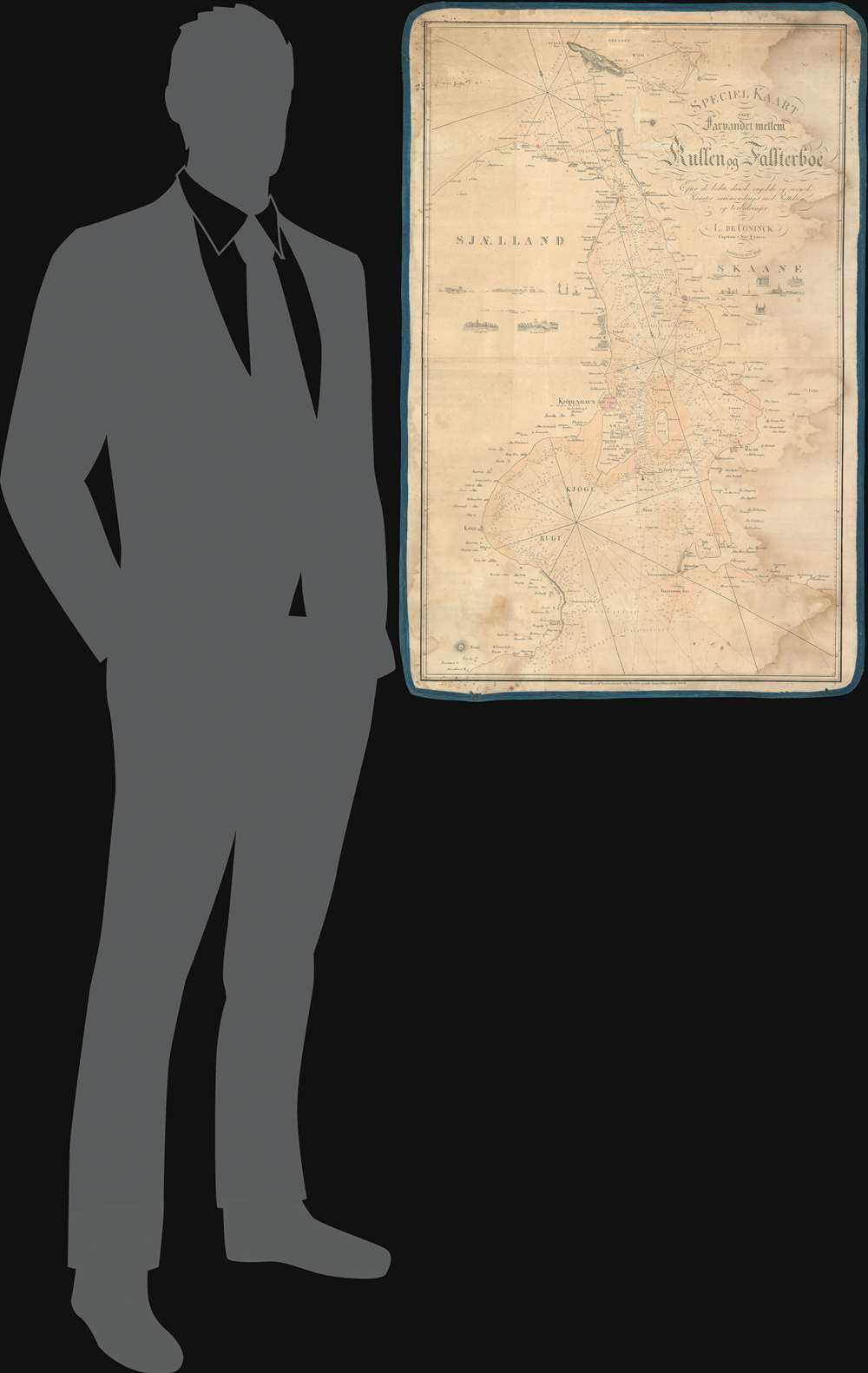 1830 Nautical Chart of Oresund Strait: Denmark and Sweden (near Copenhagen)

Scarce Danish blueback chart of the Öresund Strait (The Sound).
$850.00

A very attractive 1830 blueback nautical chart or maritime map illustrating the waters around Copenhagen, and the Öresund Strait (The Sound) between Denmark and Sweden. Along the coastline Danish towns and villages are illustrated using tiny vignettes, presumably somewhat accurate to fact. There are several additional vignettes illustrating prominent castles, churches, villages, and estates. Unlike most early blueback charts, the present chart exhibits old color to distinguish between land and sea. This is a working sea chart and bears signs of use, including pen annotations relating to shipboard triangulation work.

This map is based upon hydrographic work completed by Captain Louis de Coninck. It was published in 1830 by Carl Henckel and printed by lithograph in Copenhagen. This chart is rare with only a single other example, held at the Biblioteck Denmark, known.

Louis de Coninck (February 24, 1788 - January 28, 1840) was a Danish sea captain active in the first half of the 19th century. Coninck was the son of Frédéric de Coninck (1740 - 1811) and Marie de Joncourt (1747 - 1821), a wealthy family of Dutch extraction who controlled a prosperous shipping business. Louis de Coninck was born in Copenhagen. He produced several important Danish nautical charts. Learn More...

Good. Blueback. Overall toning and some water damage to right side. Could be washed.