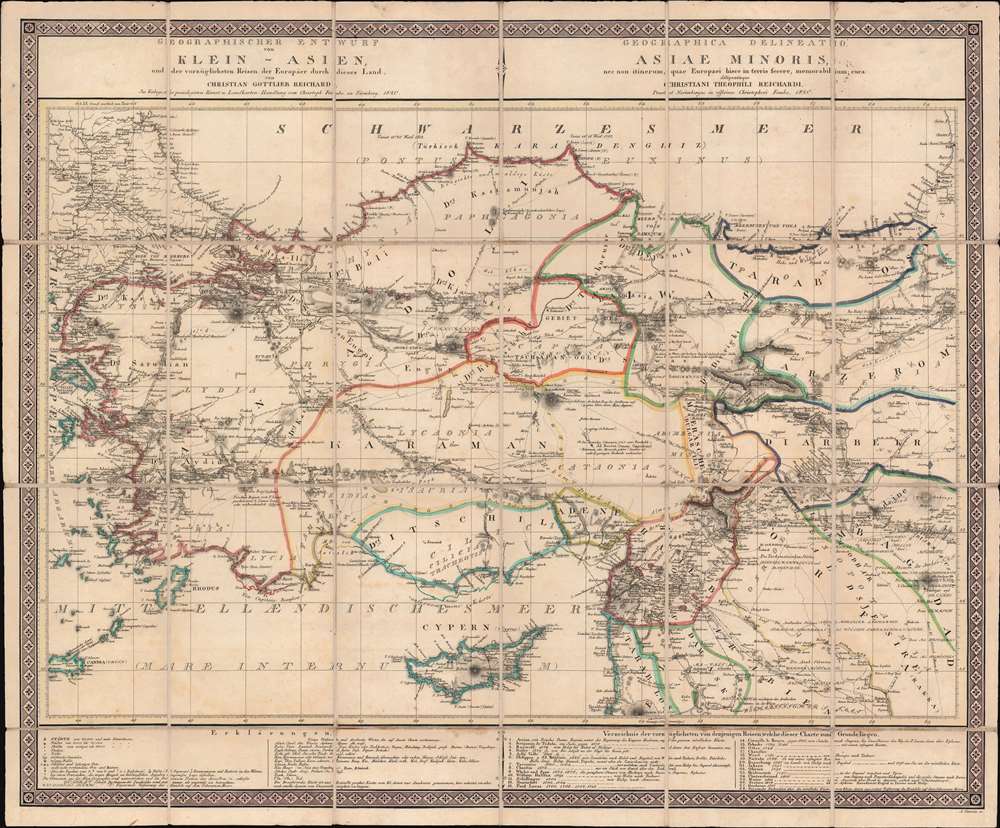 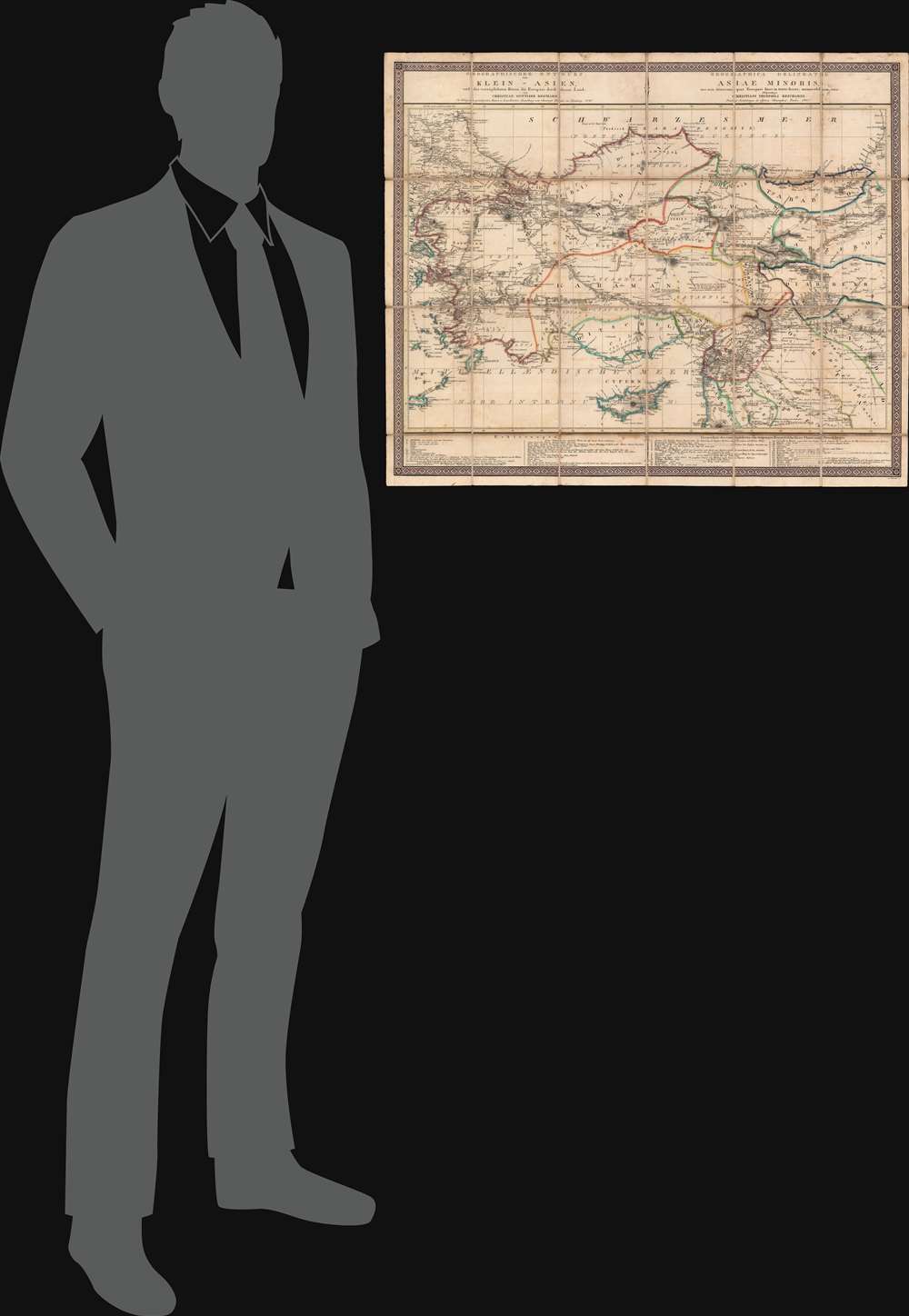 This is an 1820 Christian Gottlieb Reichard case map of Turkey, created as a visual record of western explorations in the Ottoman Empire. Twenty-eight lines made up of patterns of dots, dashes, and other symbols, trace these expeditions. A table situated in the bottom right lists expeditions chronologically from 1570, providing the last name of the explorer and a description of their travels.

This map was created by Christian Gottlieb Reichard, engraved by Johann Andreas Cancrin, and published by Christoph Fembo in 1820. We note a single cataloged example, which is part of the collection at Lund University in Lund, Sweden.