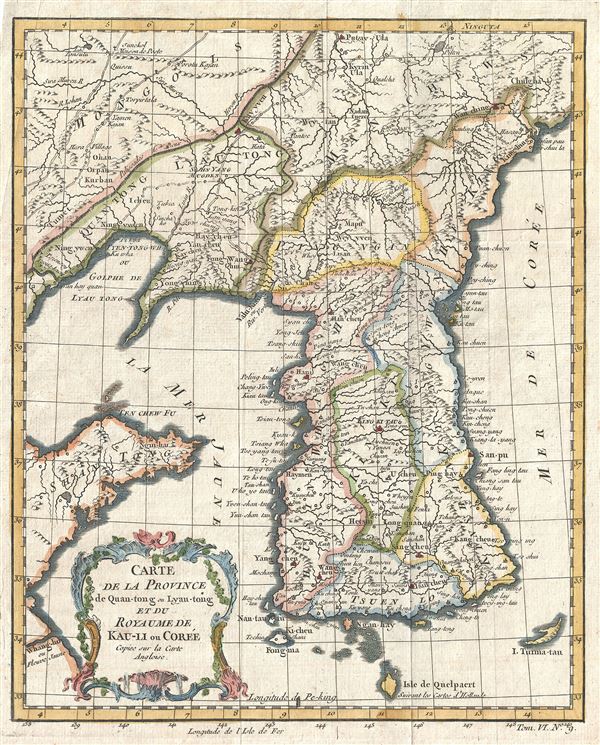 An uncommon c. 1748 map of Korea by Jacques Nicholas Bellin. Centered on the west coast of Korea (Corea), this map covers all of peninsular Korea as well as adjacent parts of Manchuria and China. Korea, as presented here takes on a trapezoidal form with a wide flat base. The map names numerous cities and provinces through Korea as well as noting coastal island and ports. Cartographically Bellin derived this map from an earlier though less specific 1735 map by J. B. B. D'Anville. The detail presented through the the interior makes it clear that D'Anville drew his map based upon Korean sources - a first for a European cartographer. The map changed little under Bellin.

This is actually one of three maps that Bellin drew of Korea - the other two of which cover a much larger area. Bellin prepared this map for Antoine-Francois Prevost's Historie General des voyages

University of Bern, Central Library, Ryhiner Collection, ZB Ryh 8401 : 9 B DSV0705415.
Looking for a high-resolution scan of this?