1952 Pacific Stars and Stripes Map of the Korean War 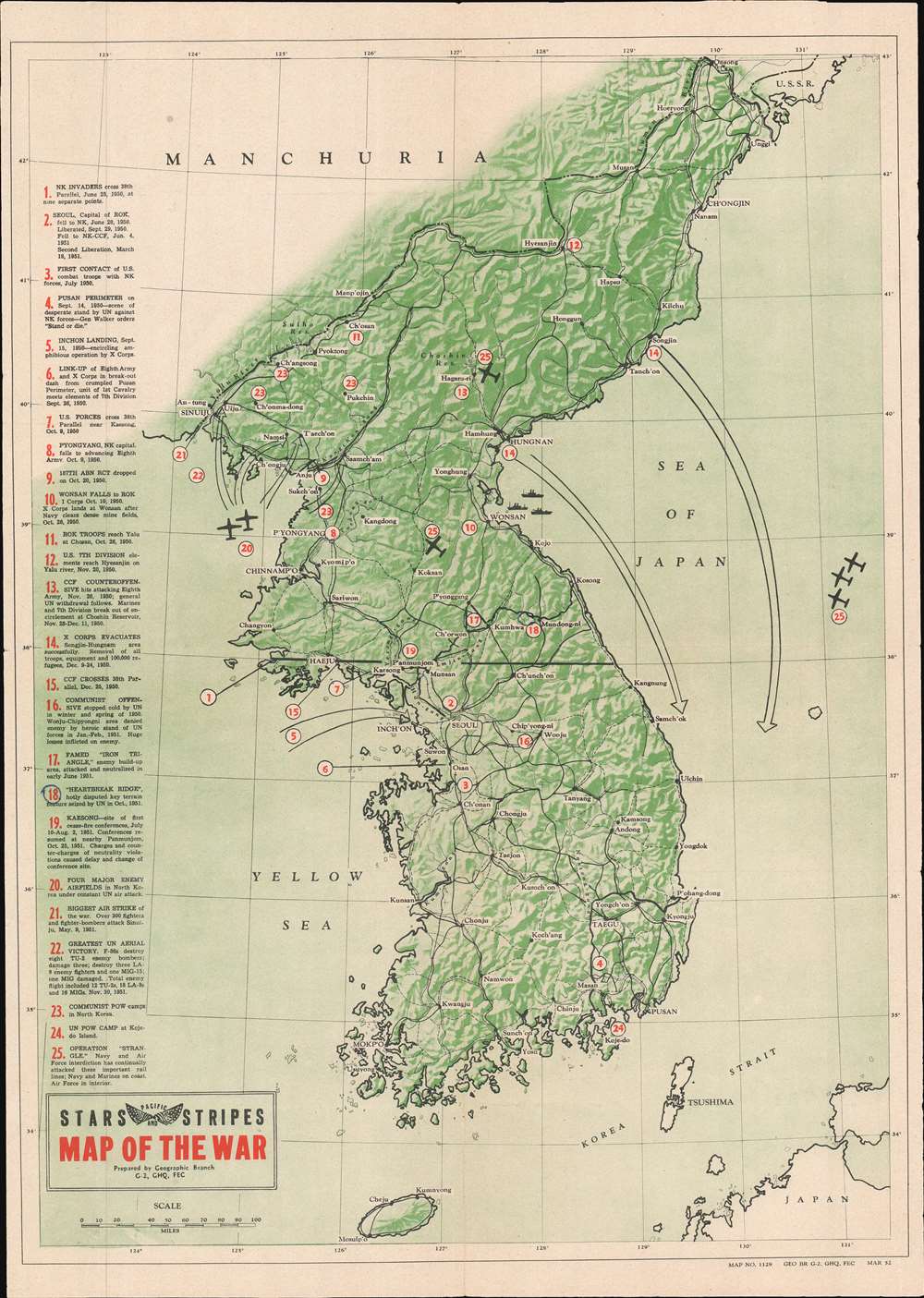 1952 Pacific Stars and Stripes Map of the Korean War

Printed by the Army publication Stars and Stripes in the middle of the Korean War.
$225.00

This is a 1952 Pacific Stars and Stripes map of the Korean War. The map depicts the region from Manchuria to Japan and from the Yellow Sea to the Sea of Japan. Tracing events from the North Korean invasion of South Korea on June 25, 1950 through Operation Strangle, a sustained attack on North Korean communication and supply lines in late August 1951. Twenty-five different locations are numerically identified, these include U.N. attacks, North Korean or Chinese counterattacks, air strikes, 'Heartbreak Ridge', U.N. and Communist POW camps, and the site of the first ceasefire talks at Kaesong. Each action or location corresponds with an index along the left border. Major cities throughout both North and South Korea are labeled, as is the Yalu River (the border between North Korea and China). The 38th parallel, the border the North Koreans crossed to start the war, is highlighted by a solid black line.

This map was prepared by the Geographic Branch of the Intelligence Section of the General Headquarters of the Far Eastern Commission as map no. 1129 in March 1952. Three examples are cataloged in the OCLC as being part of the collections at the Pritzker Military Museum and Library in Chicago, Illinois, the Wisconsin Veterans Museum Research Center in Madison, Wisconsin, and the University of Alabama.