1750 Bellin Map of the Kuril Islands 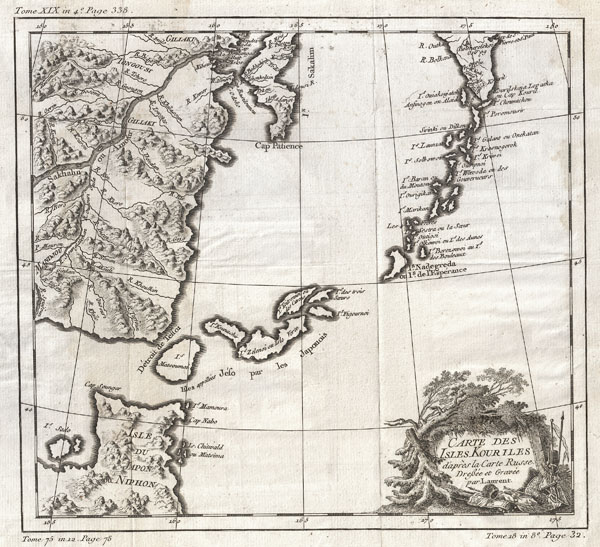 1750 Bellin Map of the Kuril Islands

A beautiful example of Bellin's c. 1750 map of the Kuril Islands. The Kuril Islands or Kurile Islands are a volcanic archipelago that stretches approximately 1,300 km (810 mi) northeast from Hokkaido, Japan, to Kamchatka, Russia, separating the Sea of Okhotsk from the North Pacific Ocean. Traditionally the Kuriles are part of Japan however have been under Russian control since World War II. Today there is an ongoing dispute between Japan and Russia over which country has jurisdiction over the southernmost four islands in the Kuril archipelago. Cartographically this map is based on a larger map of Russia composed by Laurent several years previous. Prepared by J. Bellin for Abbe Provost's L`Histoire Generale des Voyages.