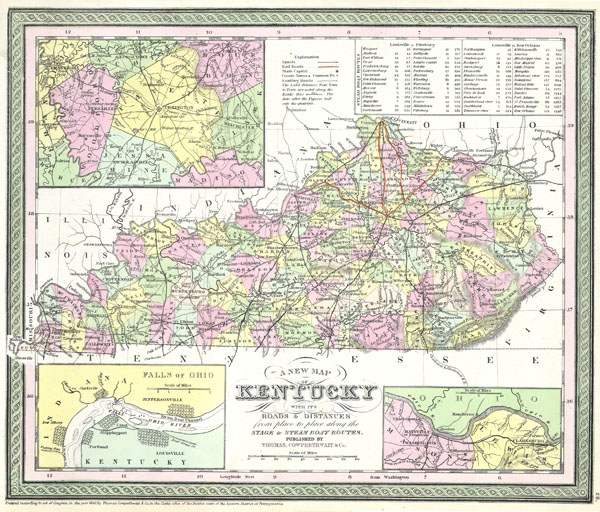 A stunning hand colored map of Kentucky published by S. A. Mitchell Sr. in 1850. Depicts the state in superb detail with counties, roads, canals, cities and rivers clearly noted. Inset maps depict the vicinity of Lexington, the Falls of Ohio, and Lewis & Mason counties. A table in the upper right quadrant indicates steam boat millage. Cartographically this map is based on earlier maps by J. S. Tanner. Map was issued as plate no. 28 in Mitchell's New General Atlas. Dated and copyrighted 'Entered according to act of Congress in the year 1850 by Thomas Cowperthwait & Co. in the Clerks office of the District court of the Eastern District of Pennsylvania.'