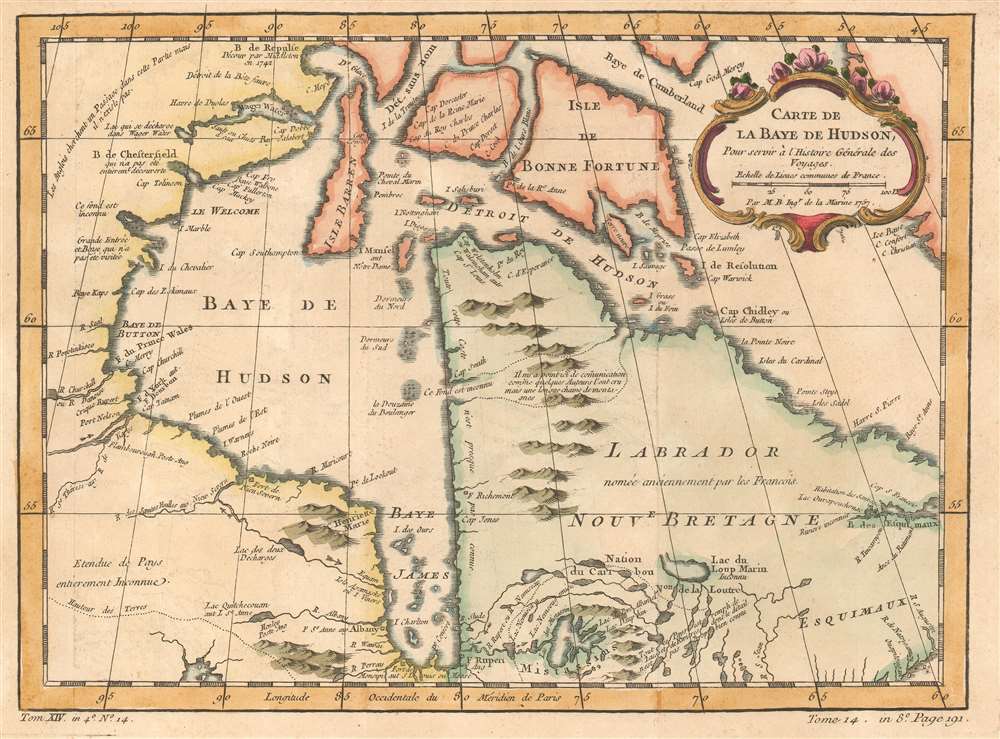 A map of the region around Hudson Bay with several notations commenting on how little is known about the region.

This is a 1757 Jacques-Nicolas Bellin map of Hudson Bay. The map depicts the region from Manitoba and Nunavut to Newfoundland and Labrador and from Southampton Island to Ontario. Myriad locations throughout the region are labeled, mostly rivers, bays, and islands. Notes about the region are also included, such as the west coast of Labrador, which reads, 'All of this coast is almost completely unknown'. Another, in Manitoba / Nunavut states, 'The English are looking for a [Northwest] Passage in this area but it doesn't exist,' while Ontario is 'entirely unknown'.