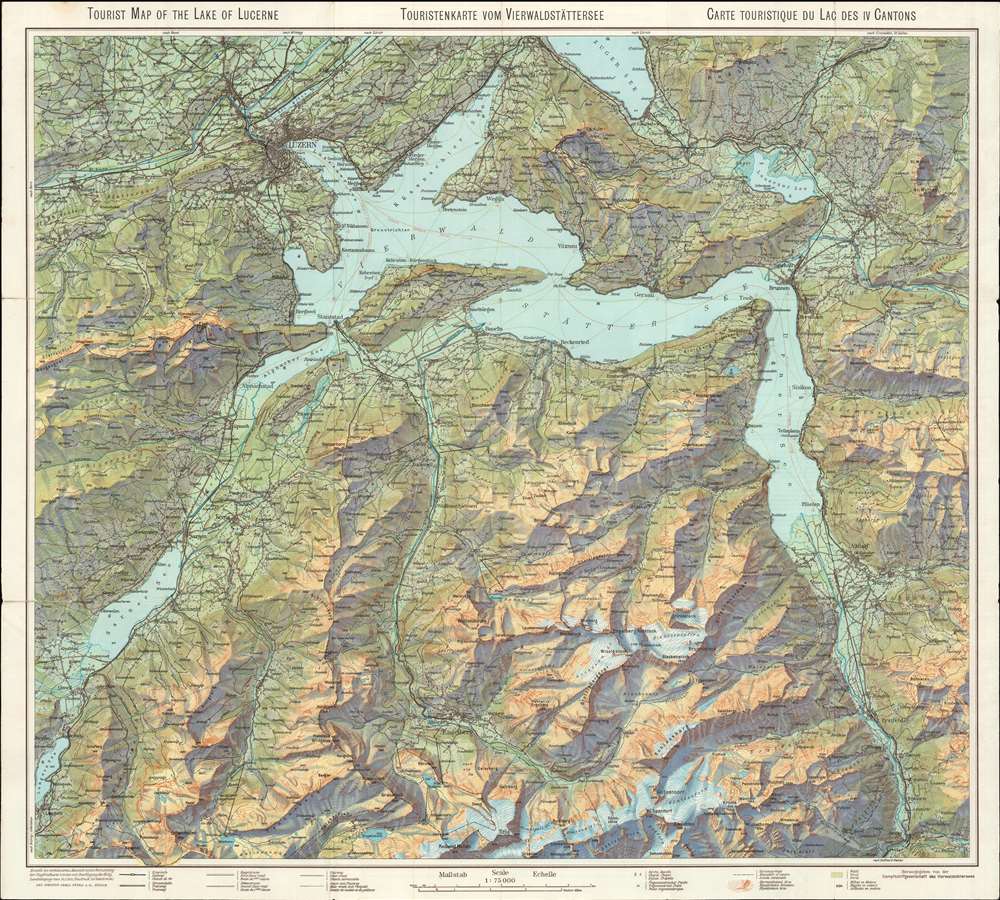 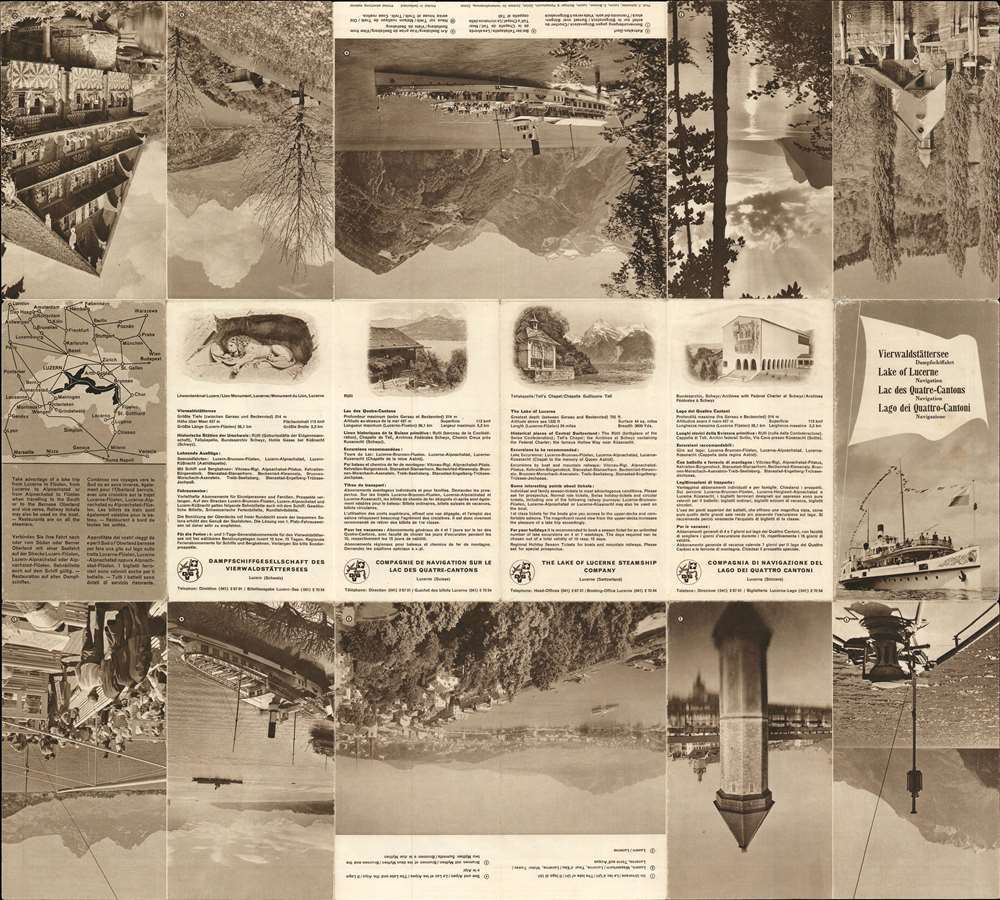 Will stoke your desire to visit this beautiful region.
$200.00

This is a 1948 Orell Füssli tourist map of Lake Lucerne in Switzerland. Lake Lucerne's unmistakable shape, with its several sharp bends, acts as the focal point. Switzerland's incredible topography compliments the lake's 'negative space' well, and color and contour lines emphasize the impressive changes in altitude. Lucerne, Altdorf, and other large towns are clearly labeled, and myriad smaller towns and villages dot the landscape. The region's other rivers and lakes appear as well, completing an incredible aesthetic bound to entice both Swiss and foreign tourists, to spend their vacation admiring Lake Lucerne's natural beauty.

This map was created by Orell Füssli and published in 1948. Several editions are cataloged in OCLC, with six examples of the 1948 edition appearing in the database. They are part of the institutional collections at the University of Chicago, Utrecht University, the Bibliothèque nationale et universitaire in Strasbourg, the Worms State Library, the Württembergische Landesbibliothek in Stuttgart, and the Sächsische Landesbibliothek in Dresden.

Orell Fussli (1519 - present) is a Swiss Zurich based printing house bookseller. The firm was founded in the 16th century by Christoph Froschauer (c. 1490 - April 1, 1564). Froschauer was the first printer in Zurich, best known for his publication of an important German translation of the Zwinglian Bible, known today as the Froschauer Bible. While Froschauer died of the plague in 1565, his nephew Christoph Froschauer the Younger (1532–1585) took over the business. The firm continued to prosper through the centuries under the management of the Froschauer and their heirs. From 1793 to 1794, Orell Füssli published Marianne Ehrmann's Die Einsiedlerinn aus den Alpen, the first magazine published by a woman in Switzerland. From 1911, the firm was contracted to print banknotes of the Swiss National Bank. Today the firm is a publicly traded diversified industrial and trading group with important patents on security printing. Still based in Zurich, they also continue to publish books and maintain numerous retail locations. Learn More...