1780 Bellin Map of The Saint Lawrence River to Lake Ontario 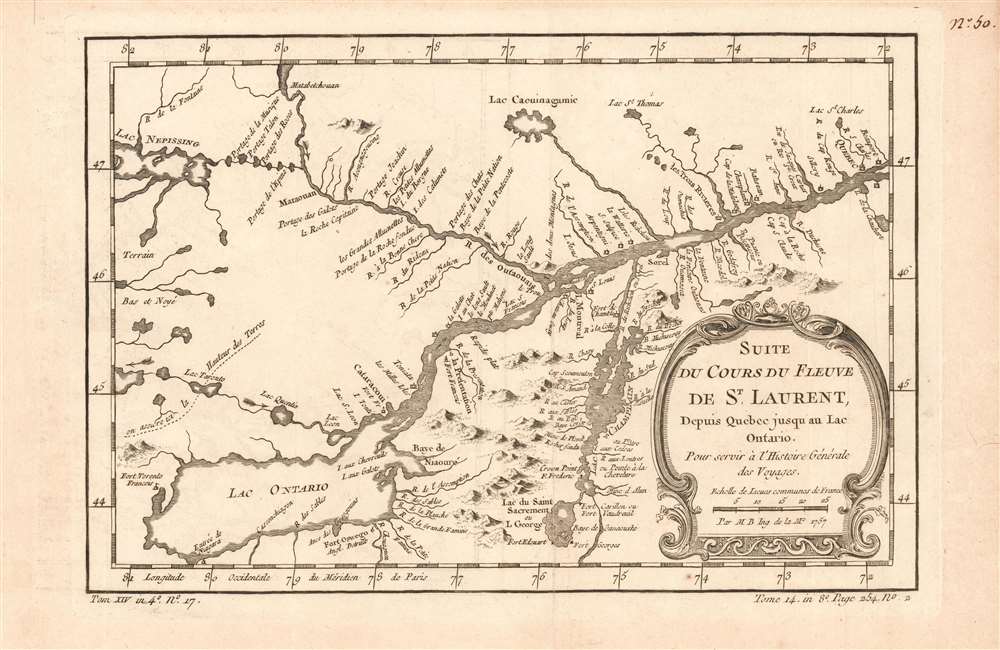 1780 Bellin Map of The Saint Lawrence River to Lake Ontario

This is a beautifully engraved 1780 Bellin map of Lake Ontario, Lake Champlain, and Lake George, and the upper course of the Saint Lawrence River, as far as Beauport and Quebec City. Montreal appears as a small island divided from the Île Jésus by the here-unnamed Rivière des Prairies. The map shows Le Trois Rivieres, marking three lakes as its sources (greatly simplifying the multitude of lakes in that region.) Lake Nipissing is correctly identified as the source of the Ottawa River. French forts are shown on Lakes Champlain and Lake George, including Fort Carillon (the precursor to Fort Ticonderoga.)

The map was initially engraved for the 1757 edition of La Harpe's Abrégé de l'histoire générale des voyages, and appeared as well in its 1780 edition. The separate map appears on the market from time to time. OCLC lists fifteen examples of this map in its various editions. La Harpe's l'histoire générale is well represented in institutions.