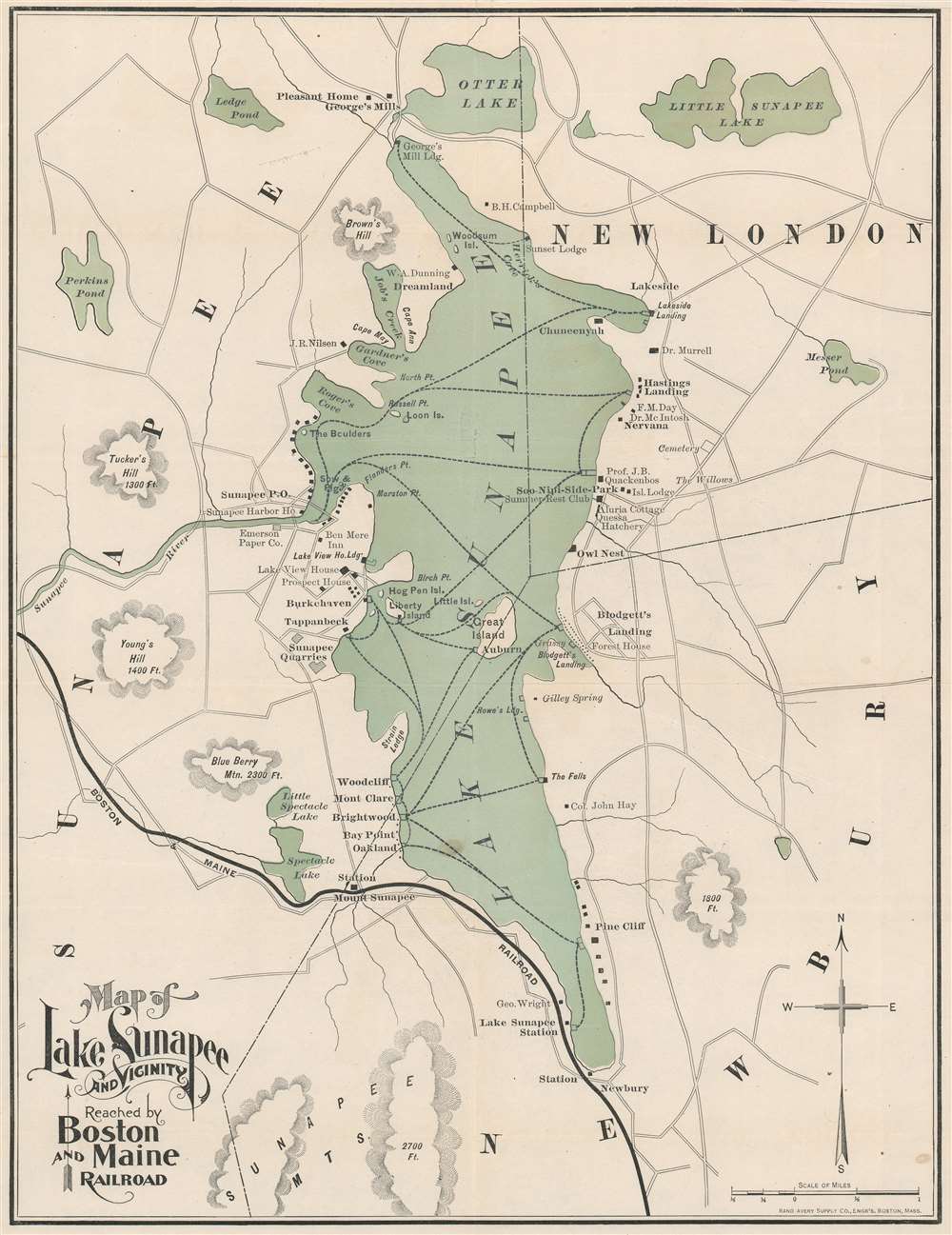 Popular New Hampshire tourist destination at the turn of the century.

This is an 1899 Rand Avery Supply Company and Boston and Maine Railroad map of Lake Sunapee, New Hampshire. Rail service to Lake Sunapee from Boston was completed in 1854, long before the advent of the automobile. This event almost immediately made the lake and its surrounding towns a vacation destination for urbanites. Lodges, homes, hotels, boat ramps, businesses, train stations, and other important tourist infrastructure quickly followed. A solid black line in the bottom left illustrates the Boston and Maine's route.

This map was created by the Rand Avery Supply Company and published by the Passenger Department of the Boston and Maine Railroad in the second edition of Summer Excursions to the White Mountains, Mount Desert... in 1899. Two examples of the map are cataloged in OCLC and are part of the institutional collections at Harvard University and Dartmouth College.