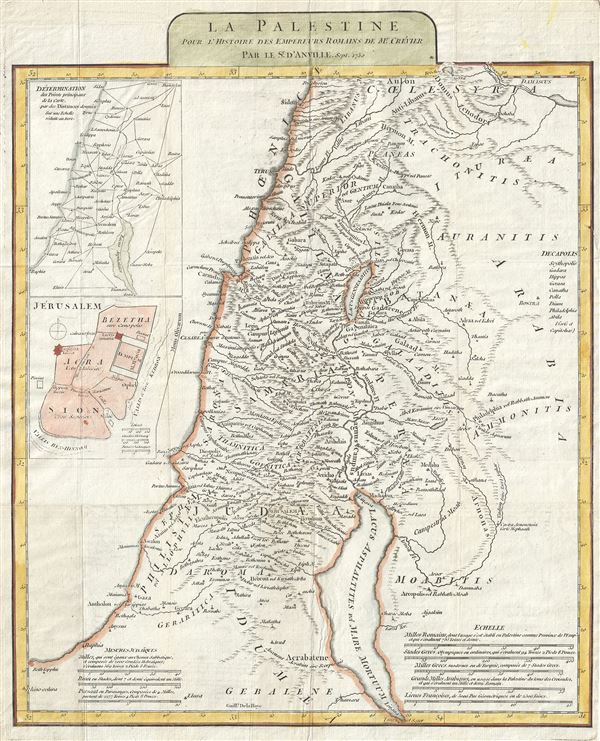 This is a beautiful example of J. B. B. D'Anville's 1750 map of Palestine, Israel, or the Holy Land. It covers from the ancient city of Sidon in modern day Lebanon south as far as the city of Gaza and Egypt. Includes the modern day countries of Israel, Lebanon and Jordan. An inset in the upper left quadrant Identifies key points on the map by distances on a reduced scale. Another inset below this features the plan of Ancient Jerusalem noting many ancient sites including the Tower of Antonia, the Temple of Moriah and others. Throughout the map notes important towns, cities, rivers, and topography. The title area appears in a raised zone above the map proper. This map was based on the work of Jean Baptiste Louis Crevier. Engraved by Guillaume Delahaye and created by J. B. B. D'Anville in 1750.