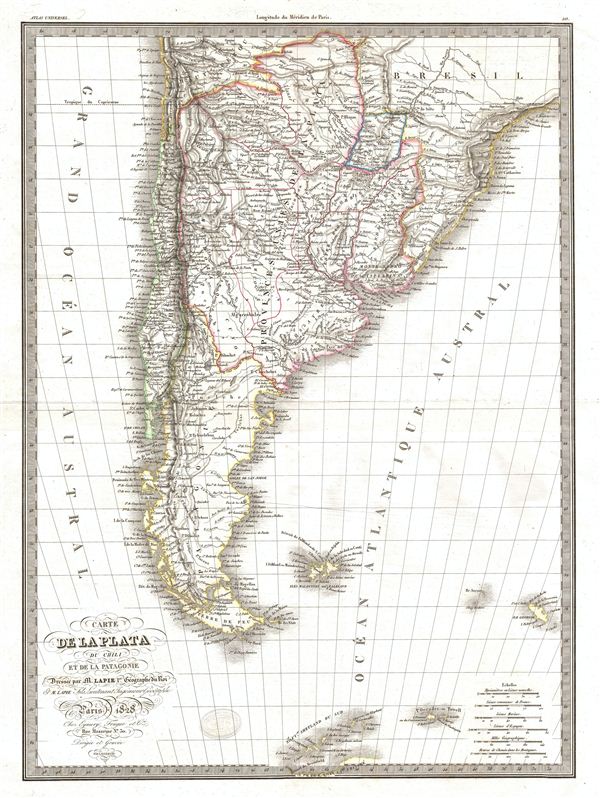 A fine first edition example of M. Lapie's 1829 map of the plate of Chile and Patagonia. Centered on the United Provinces of La Plata, the map covers all of Chile, Patagonia, Paraguay and parts of Brazil and Upper Peru. It also shows the Falkland Islands, the South Orkney Islands, the South Shetland Island and the South Georgia Island. During this time, Chile was undergoing political upheaval and headed for civil war. After the last of the Spanish troops surrendered in 1826 and after the failure of the federalist system in 1828, Chile adopted a moderately liberal constitution. This in turn alienated both the liberal and federalist factions and ultimately led to the revolution in 1829 followed by 30 years of conservative governments.

This map was engraved by Armand Joseph Lallemand as plate no. 50 in the first edition of M. Lapie's important Atlas Universel. This map, like all maps from the Atlas Universel features an embossed stamp from the Lapie firm.