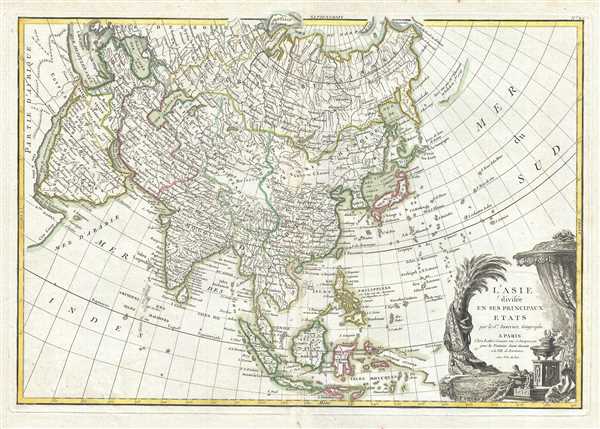 This is an attractive example of Jean Janvier's c.1778 map of Asia. It covers from Africa and the Mediterranean east to Bering Strait and south as far as Java and New Guinea. This map is most interesting in its rendering of the largely unexplored extreme northwest of Asia. Yeco or Hokkaido is mapped only speculatively with its western borders unknown. Shows Sakhalin Island in an embryonic state.

A decorative title cartouche displaying the riches of the continent appears in the lower right hand quadrant. A fine map of the region. This map was drawn by J. Janvier and included as plate no. 24 in the first edition of Jean Lattre's Atlas Moderne.