1786 Desnos and de la Tour Map of Belgium and Luxemburg 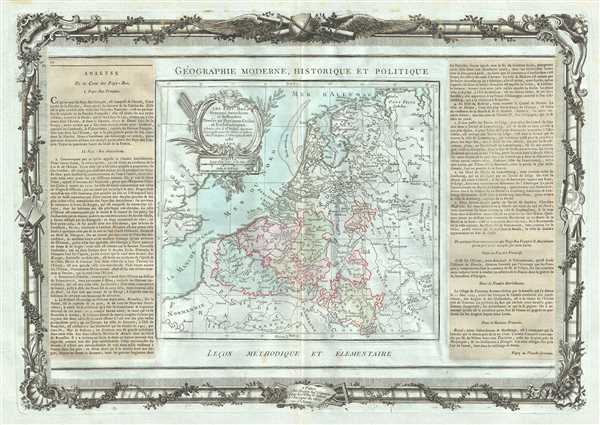 1786 Desnos and de la Tour Map of Belgium and Luxemburg

This is beautiful map of Belgium and Luxemburg by the French Cartographer Louis Brion de la Tour. It extends from the North Sea south to include Luxembourg. Covers the Austrian Netherlands or Southern Netherlands or Catholic Netherlands which were earlier controlled by Spain, and then Austria until 1795. The 'Republic of the United Provinces' was officially recognized in the Peace of Westphalia (1648), and lasted until 1795, when Napoleonic forces invaded and set up a new French client state, the Batavian Republic. After Napoleon's fall in 1815, the Congress of Vienna united these provinces with the Low Countries to the south to form the United Kingdom of the Netherlands. The Netherlands, with the world's first stock exchange, is considered to be the birthplace of the modern capitalist economy.