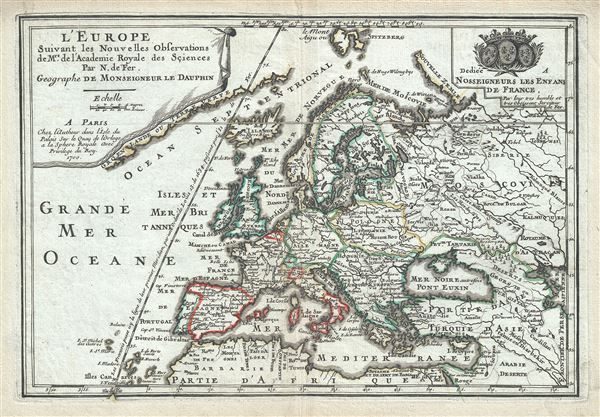 This is a beautiful 1700 map of Europe by Nicholas De Fer. It covers the entire continent including Iceland and the northern coast of Africa, Asia Minor and parts of the Middle East. The map renders the entire region in extraordinary detail offering both topographical and political information with mountains beautifully rendered in profile. The map follows early French cartographers with the prime meridian running through the Isle de Fer (El Hierro), the farthest and southernmost of the Canary Islands. In 1634, King Louis XIII decided that the prime meridian should run through this island, since according to Ptolemy, it was considered the westernmost point of the Old World. This map was created by Nicholas De Fer for his 1701 Atlas.