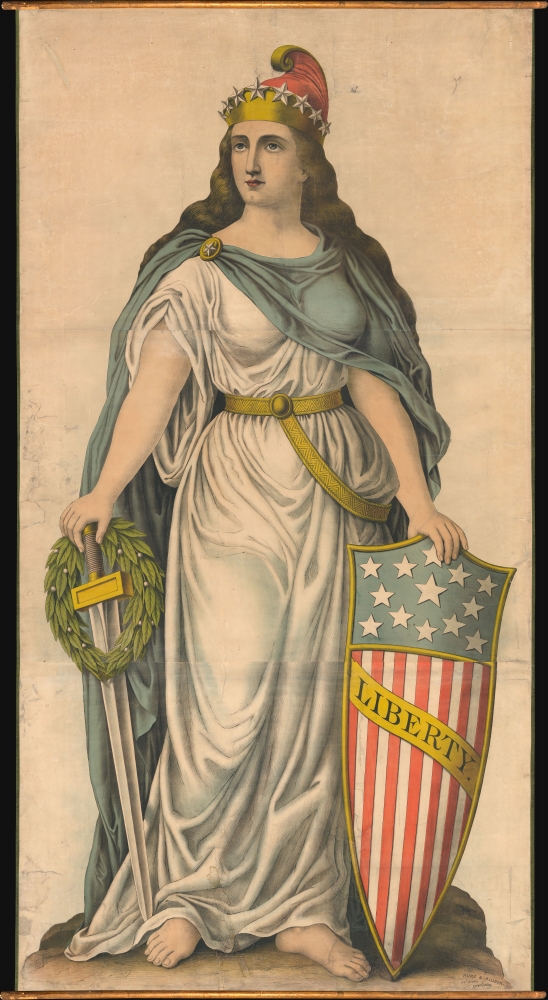 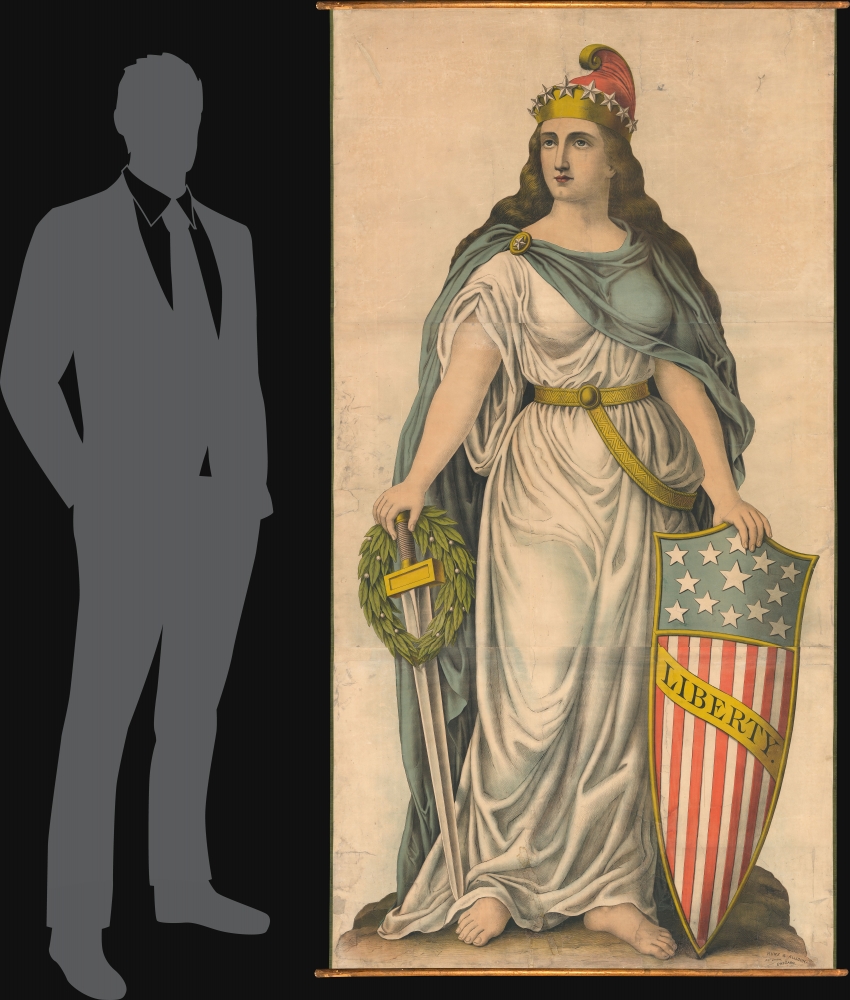 The 1893 Columbian Exposition or Chicago World's Fair was a pivotal moment in the history of the United States. Chicago, keen to parade to the world its remarkable recovery from the disastrous 1871 Great Fire of Chicago, won the right to host the World's Fair over New York, Washington D.C., and St. Louis. During its six-month run, nearly 27,000,000 people attended the Columbian Exposition, correlating to roughly half the 1893 population of the United States. Its numerous displays and exhibits established conventions for architecture, design, and decorative arts, initiated a new era of American industrial optimism.

This chromolithograph was published in 1893 by Kurz and Allison of Chicago. We are aware of just one other example, which appeared on the market nearly nine years ago. There is no record of this piece in the OCLC, or in any other known catalog.

Very good. Laid down on fresh linen. Three sheets joined b publisher. Some edge fill. Original roller sticks.
Looking for a high-resolution scan of this?