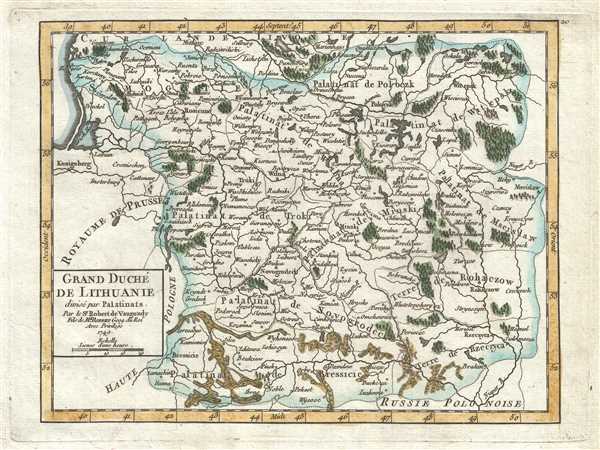 Beautiful hand colored map of the Duchy of Lithuania divided into palatinates.