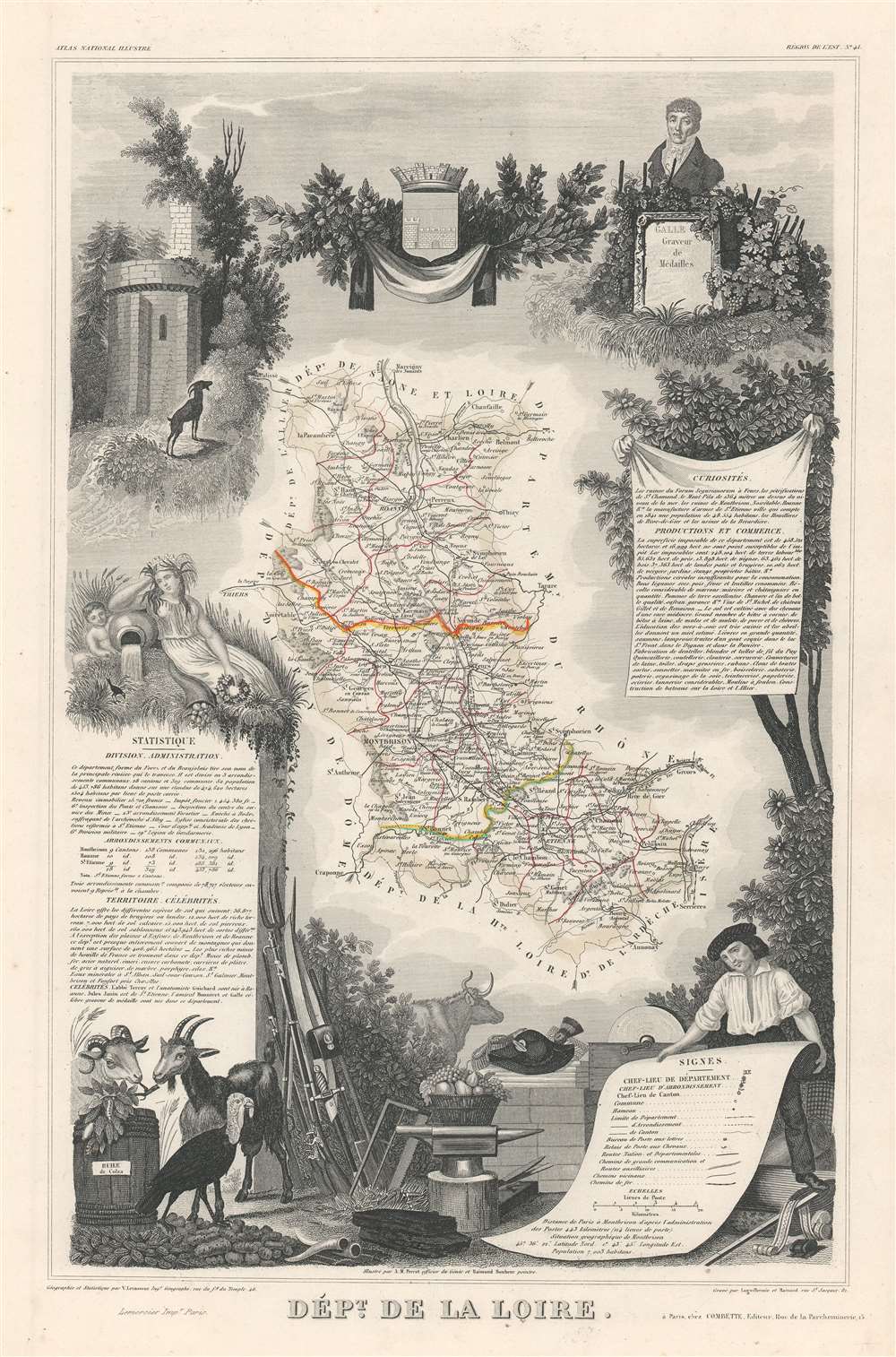 This is a fascinating 1852 map of the French department of Loire, France. This area of France is part of the Loire Valley wine growing region. The area includes 87 appellations under the Appellation d'origine contrôlée, Vin Délimité de Qualité Superieure, and Vin de pays systems. The map proper is surrounded by elaborate decorative engravings designed to illustrate both the natural beauty and trade richness of the land. There is a short textual history of the regions depicted on both the left and right sides of the map.

Published by V. Levasseur in the 1852 edition of his Atlas Nationale illustré. The elaborate surround was engraved by Aristide Michel Perrot.