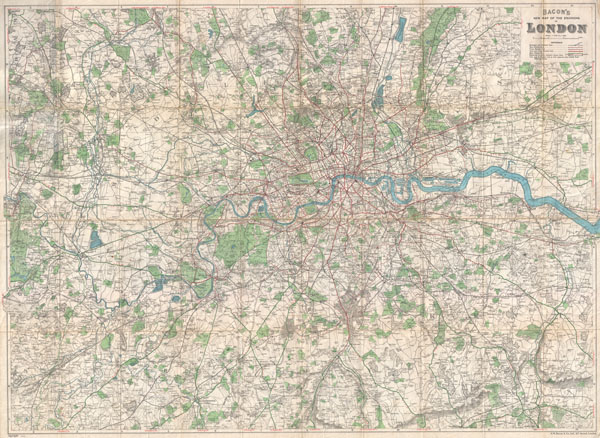 An extremely attractive folding pocket map of London, England and environs issued in 1920 by Bacon & Co. Covers the greater London area from Amersham in the northwest to Seven Oaks in the southeast and from Worplesdon in the southwest to Daguam Park in the northeast. Shows the course of the Thames River, streets, train and tram routes, bus lines, parks, roads, and important building where notable. Mounted on original linen.

Surrey History Center, M 00524.
Looking for a high-resolution scan of this?