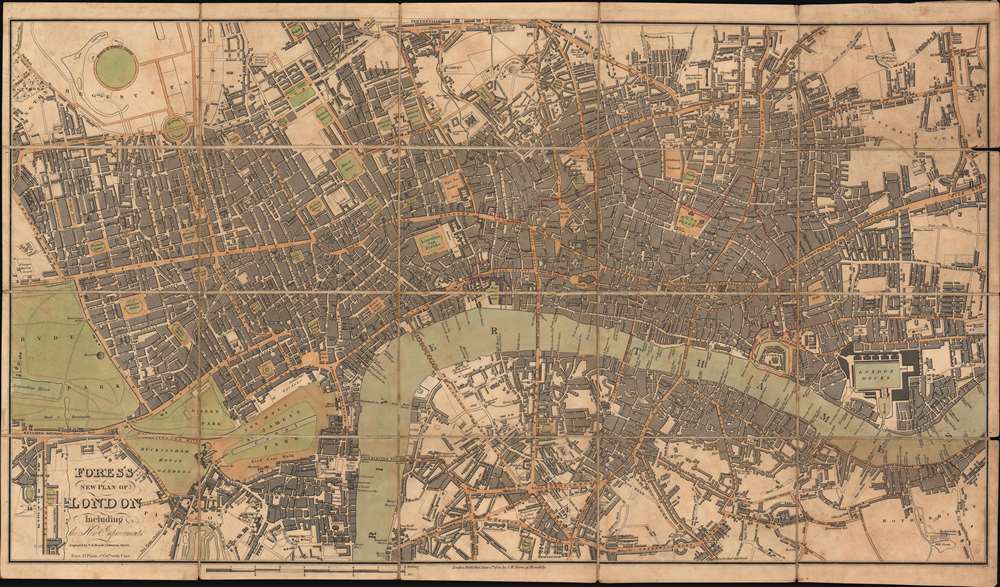 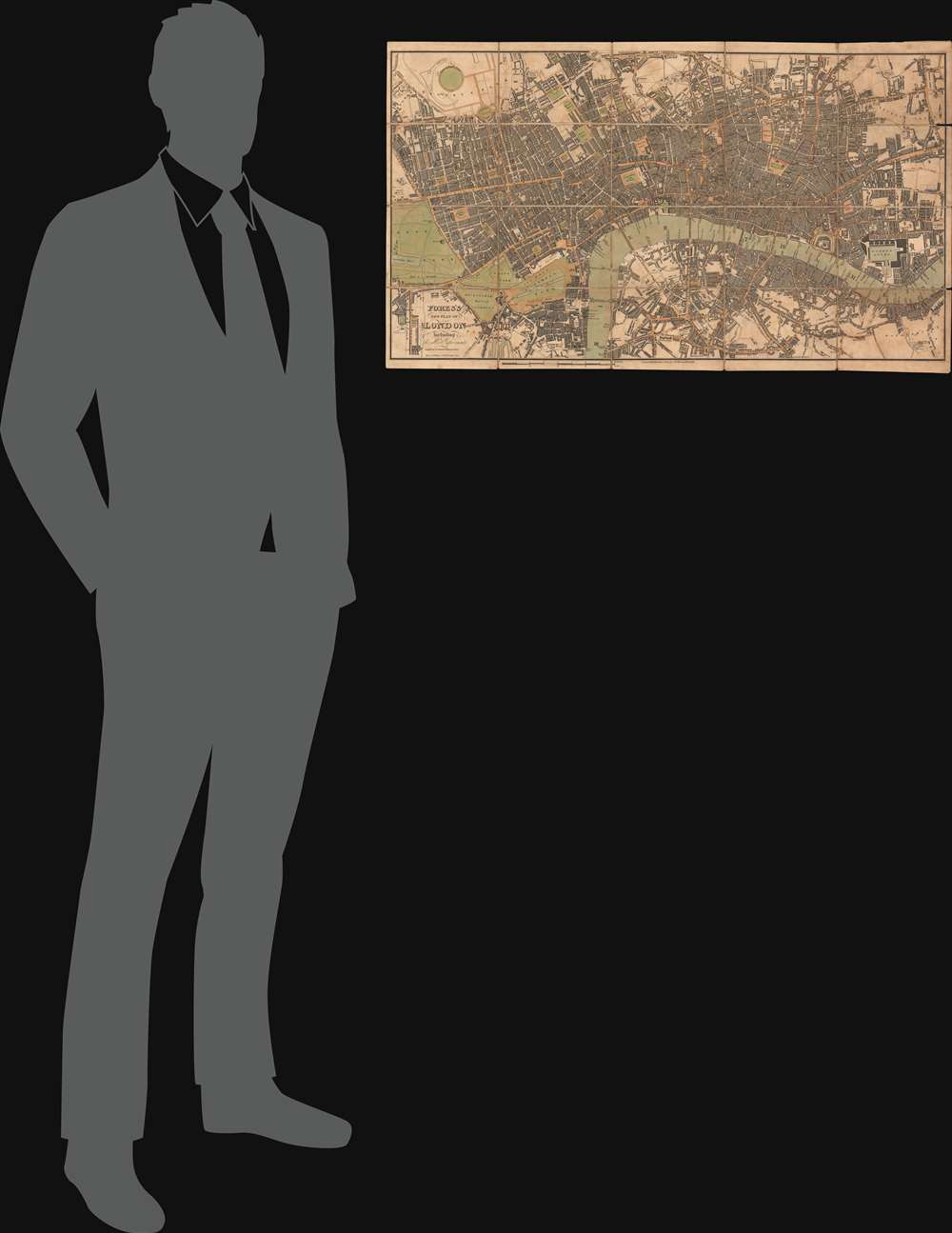 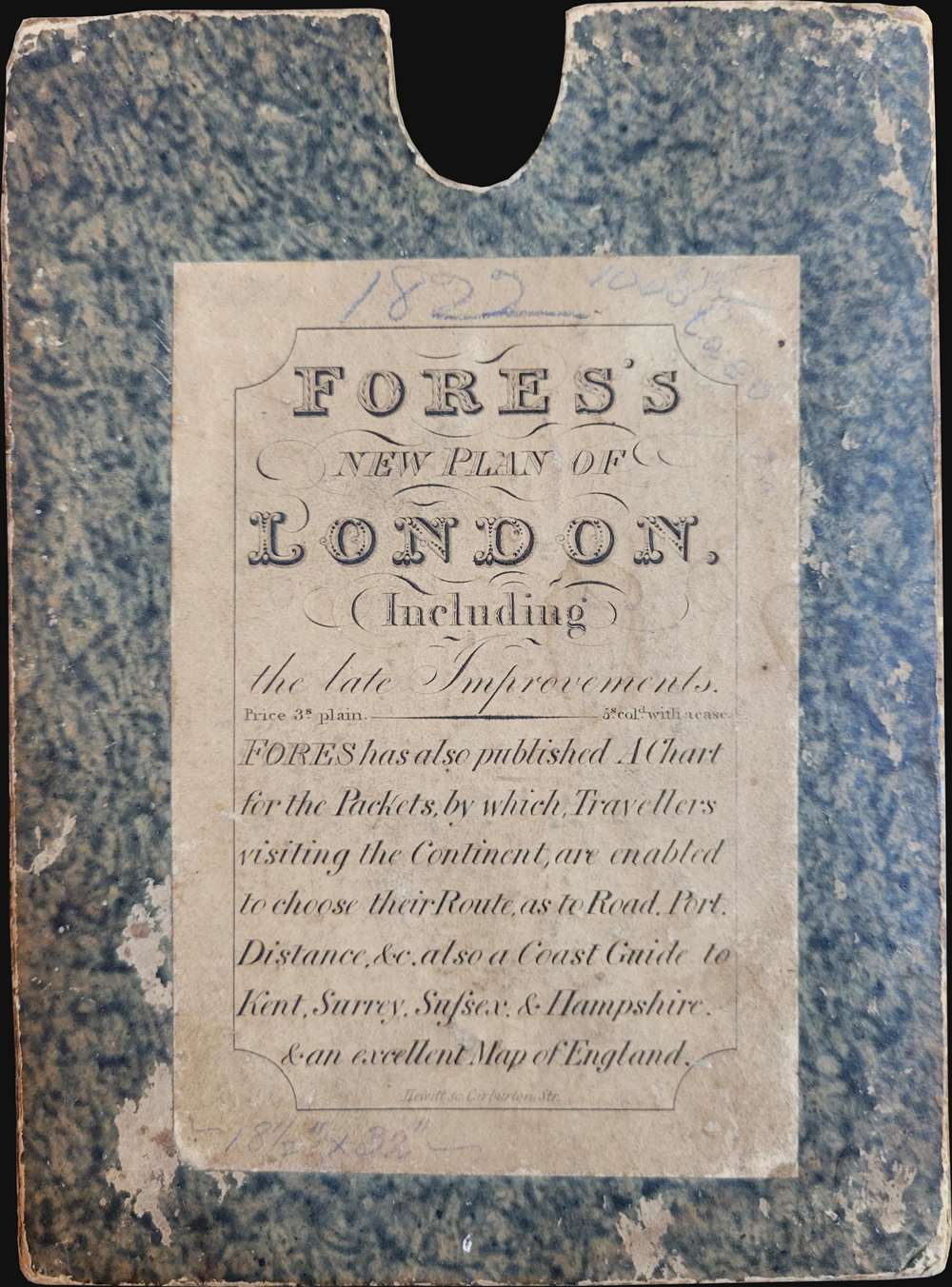 This is an 1822 Samuel William Fores city plan or map of London, England. Focusing on central London in the vicinity of the Thames River, the map depicts from Hyde Park to Bethnal Green and from Regent's Park to Rotherhithe. Numerous landmarks, including the Tower of London, London Bridge, St. Paul's Cathedral, the British Museum, and Buckingham Palace (labeled here as Buckingham House), all appear. Streets, squares, and other buildings are identified.

This map was engraved by Nathaniel Rogers Hewitt and published by Samuel William Fores. This is the only known cataloged example.

Samuel William Fores (1761 - February 3, 1838), also known as S. W. Fores, was an English publisher, print seller, illustrator, engraver, bookseller, printer, and stationer. Born in London, Fores was the son of bookseller Samuel Fores and Mary Allington. In 1783, Fores opened his printselling business and specialized in caricatures. Fores was well known, particularly as a caricaturist, and had one of the largest collections in England. Fores was particularly well known in 1793 for his caricatures of the French Revolution, which he paired with a six-foot-tall working model of a guillotine in his shop. In 1796, Fores spent a small amount of time under arrest for a libellous print that he had not in fact published. He married Elizabeth Green on March 5, 1783, and she died in 1797. He then remarried with Jane Blücher and had fourteen or more children. After Fores died in 1838, his sons George Thomas Fores (1806 - 1858) and Arthur Blücher Fores (1814 - 1883) inherited the business and operated as 'Messrs Fores'. The firm operated out of Piccadilly until 1938 when it moved to New Bond Street and Bruton Street and still operates in Brackley, Northamptonshire, although it is no longer family run. Learn More...

Very good. Dissected and mounted on linen in twenty (20) panels. Wear along original linen fold lines.
Looking for a high-resolution scan of this?