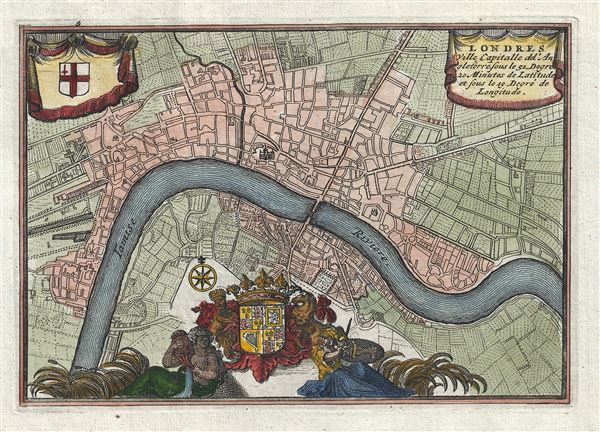 An extremely attractive and finely engraved 1706 Daniel de La Feuille miniature map of London, England. Centered on the Thames River, La Feuille's map covers London from Shoreditch to Shadwell and from Lambeth to St. James Park. Saint Paul's Cathedral and the Tower of London are clearly identifiable. The map features an elaborate royal crest flanked on either size by allegorical representations of the Thames and Britain (Britannia). A secondary crest, that of the city of London, appears in the upper left quadrant. The title is situated in the upper right.