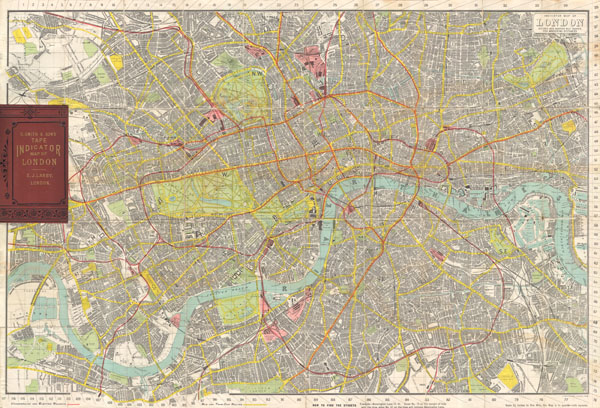 This is an unusual large format folding pocket map of London printed in 1910 by C. Smith and Sons. Depicts the city of London in considerable detail with special attention to streets, railways and places of amusement. INdivudal buildings noted as are important piers and river crossings. Attached to a tape measure and street guide for identifying specific locations and distances. Folds into original linen binder.

Very good condition. Minor wear on original folds, else fine. Divided into 40 linen backed sections for easy folding.
Looking for a high-resolution scan of this?