1773 Kitchin Map of the Country 30 Miles around London, England 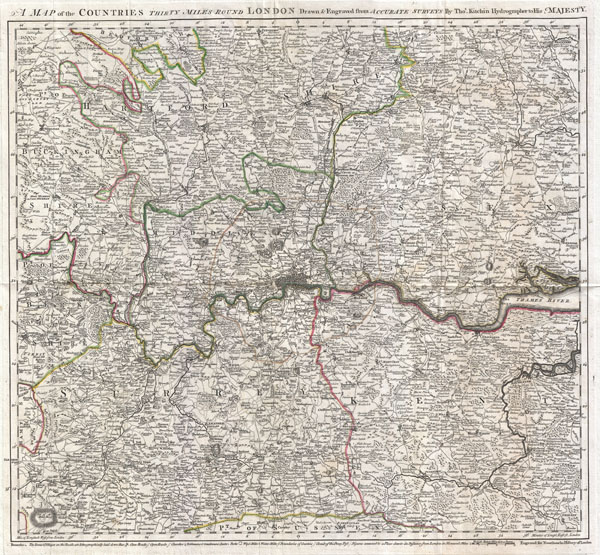 1773 Kitchin Map of the Country 30 Miles around London, England

An exceptional example of Thomas Kitchin's 1773 map of the area 30 miles around London. This map was issued to accompany John Norrthouck's 1773 New History of London. Centered on metropolitan London, this map covers from Berkshire to Canvey Island and from Bedfordshire to Sussex. Offers stupendous detail showing roadways, parks, churches, the seats of various gentlemen and noblemen, wind and water mills, and regional political boundaries. A dotted line around London identifies the circuit of the Penny Post. David Smith, in his Map Forum article on 'The Communications' Mapping of British Towns' suggests that the Penny Post Circuit first appeared on maps of London in 1782, but this map precedes it by roughly 9 years, making this one of the first known to address the Circuit of the Penny Post. Relief shown in hatchures.