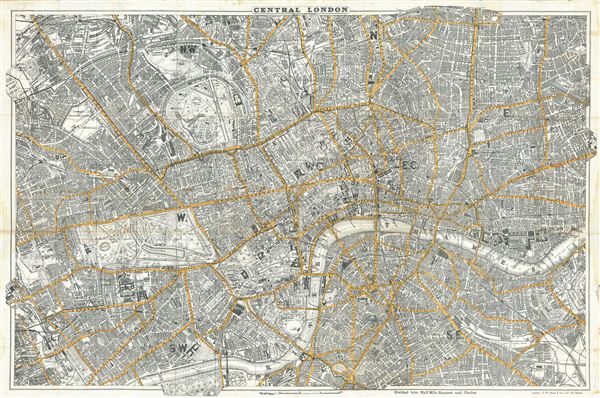 An unusual c. 1884 map of central London by G. W. Bacon. Centered on the Thames River and depicting all parks, streets, and roads, this attractive plan covers from Islington to Stepney and from Kennington to Kensington. Major thoroughfares are highlighted in yellow. This map has the unusual feature of being printed on silk (or possibly fine linen) which has been subsequently waxed and, as the publisher brags, 'weather-proofed.' Though uncommon in the 19th century, this convention of printing maps on silk became popular during World War I and II when they were issued to soldiers to be used as 'escape maps.' The present example was printed around 1884 by G. W. Bacon from his office at 127 Strand Street, London.