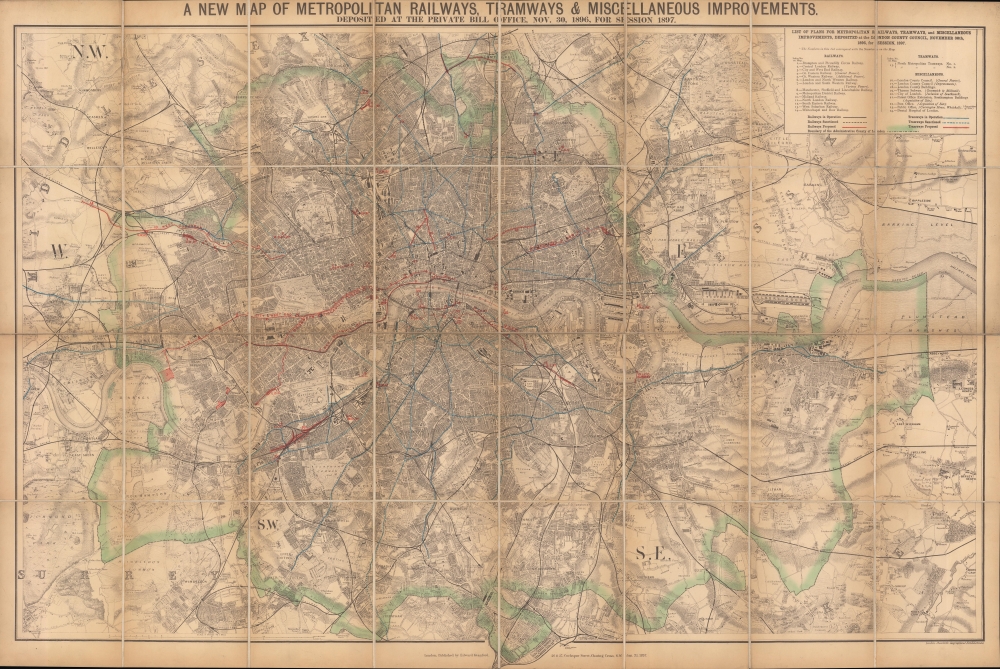 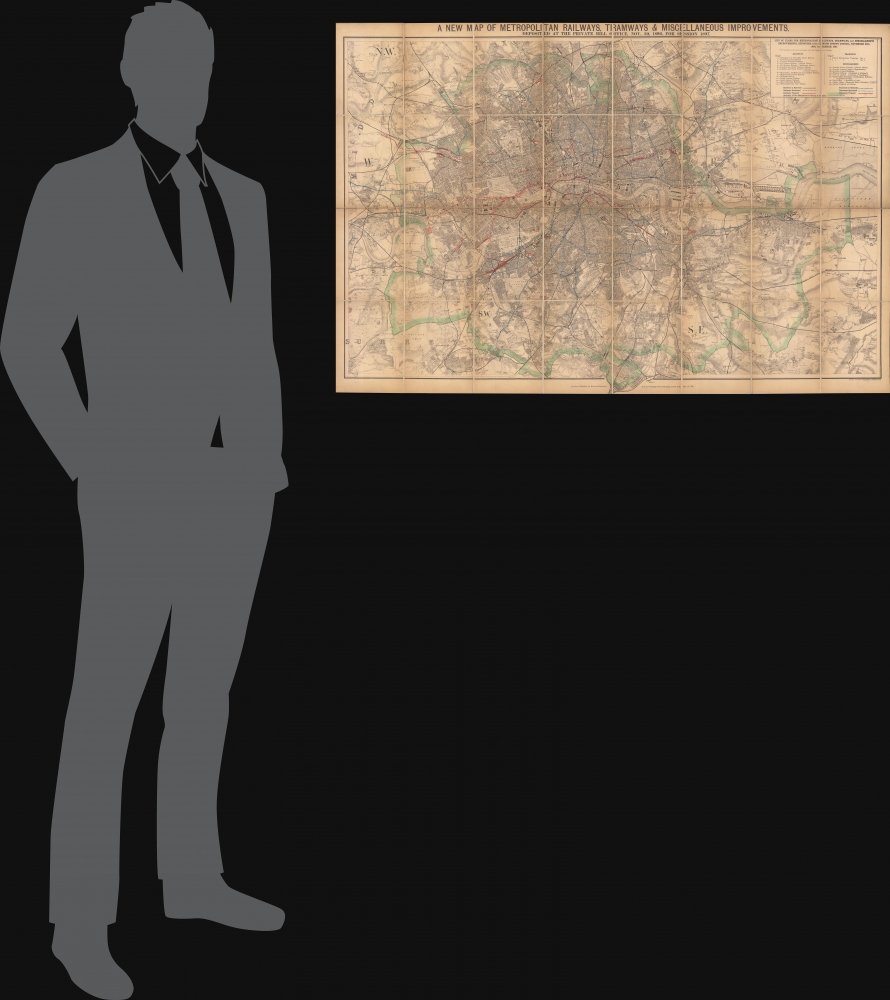 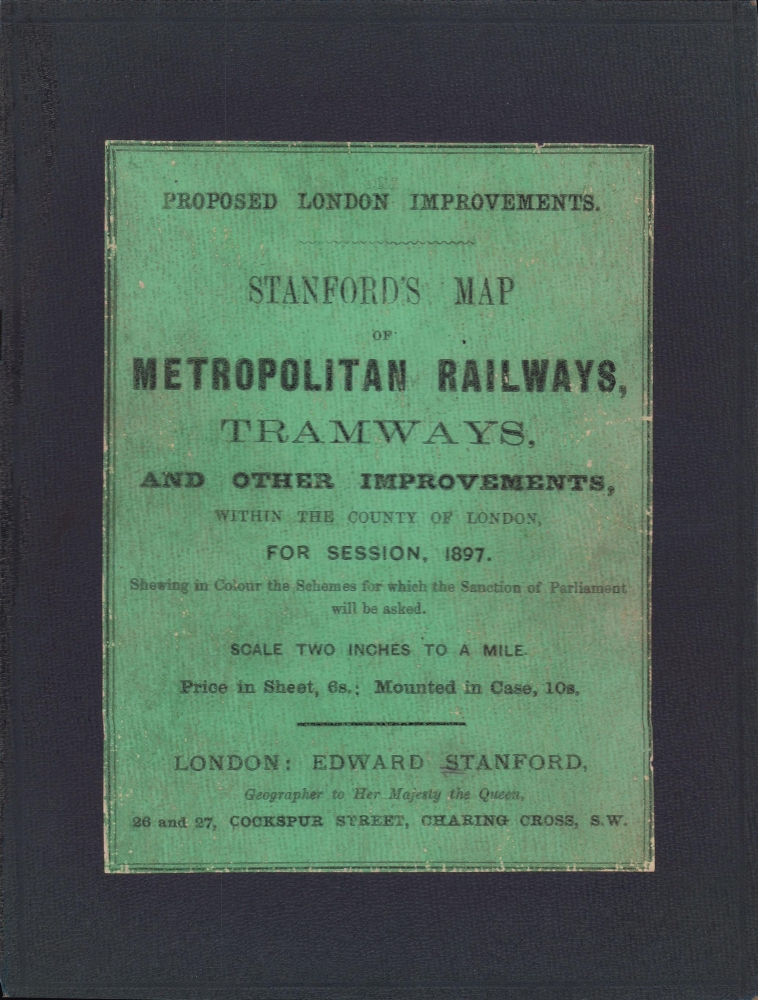 A large and impressive 1896 Edward Stanford map of late Victorian London highlighting the city's railways, including underground lines and tramways (horse trams), both extant and proposed. It provides an excellent overview of the city, which had grown explosively throughout the 19th century to reach some five million people, six and a half for the entire metropolitan area, by this time.

The size of the map allows for considerable detail despite its broad scope. Aside from rail lines, tram lines, and stations, roads, major public buildings, parks, docks, and more are clearly denoted. The outlines of the county of London (Inner London) are shaded in green, while railways and tramways are colored black, red, or blue, using dashed or solid lines, depending on the type of transportation and its state of completion. Rail lines are also numbered in accordance with an index at top-right to help distinguish them amid the bustle of central London.

Suburban and long-distance railways ran to London from the early days of mass passenger rail starting in the late 1830s. However, London's already densely-populated and heavily developed city center posed a problem: it left little space for new rail lines or stations. The innovative solution of sub-surface (underground) lines was hit upon, with the first passenger service on the Metropolitan Railway beginning in January 1863. Despite several technical challenges, including lighting and ventilation, the concept proved very popular and additional lines were built, including the Metropolitan District Railway (an offshoot of the Met), which by 1884 had expanded to form a circle, known conveniently enough as the Circle Line.

In the years following this map's publication, both tramways (hitherto horse powered) and underground lines were electrified and merged, until eventually, in 1933, all underground railways, tramways, and buses were combined under the London Passenger Transport Board. Also in the early 20th century, the 'Underground' came to refer to the entire urban and suburban rail system, even though less than half of it was actually underground, while 'Tube' came into use as a less formal nickname.

This map was prepared by Edward Stanford in 1896 and published in 1897. Stanford was a specialist in mapping the imperial capital, including his magisterial 24-sheet 'Library Map of London and Its Suburbs.' Maps with the same title as the present one date to at least 1863 and were published periodically thereafter, up until 1912. The present edition appears scarce.