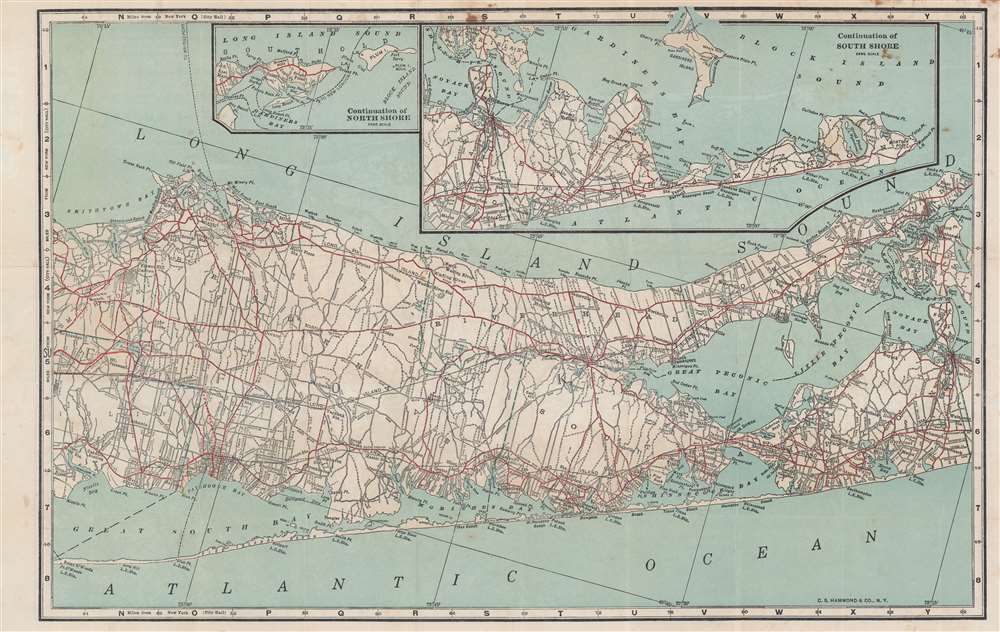 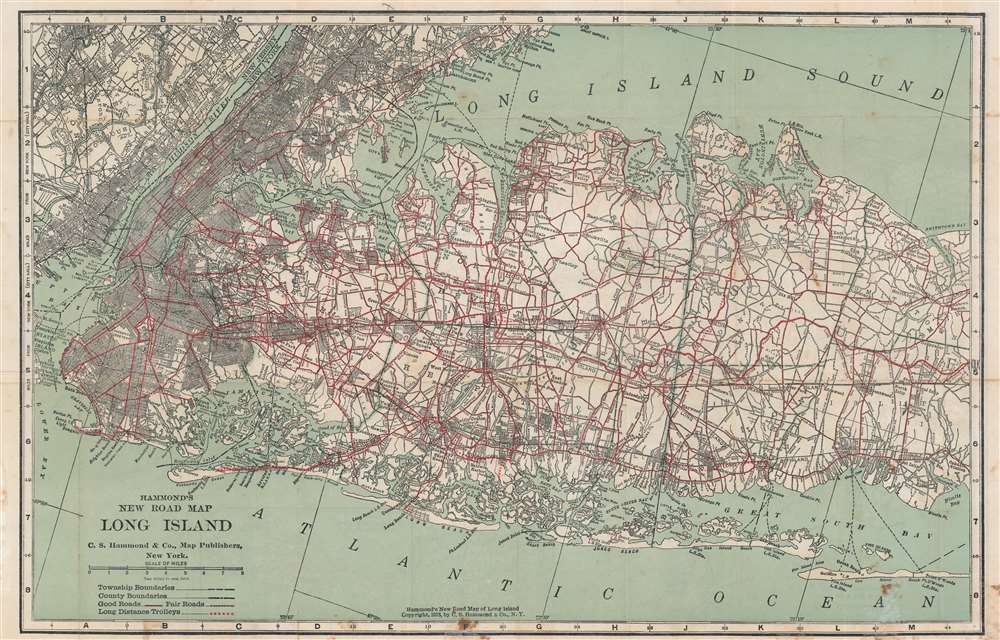 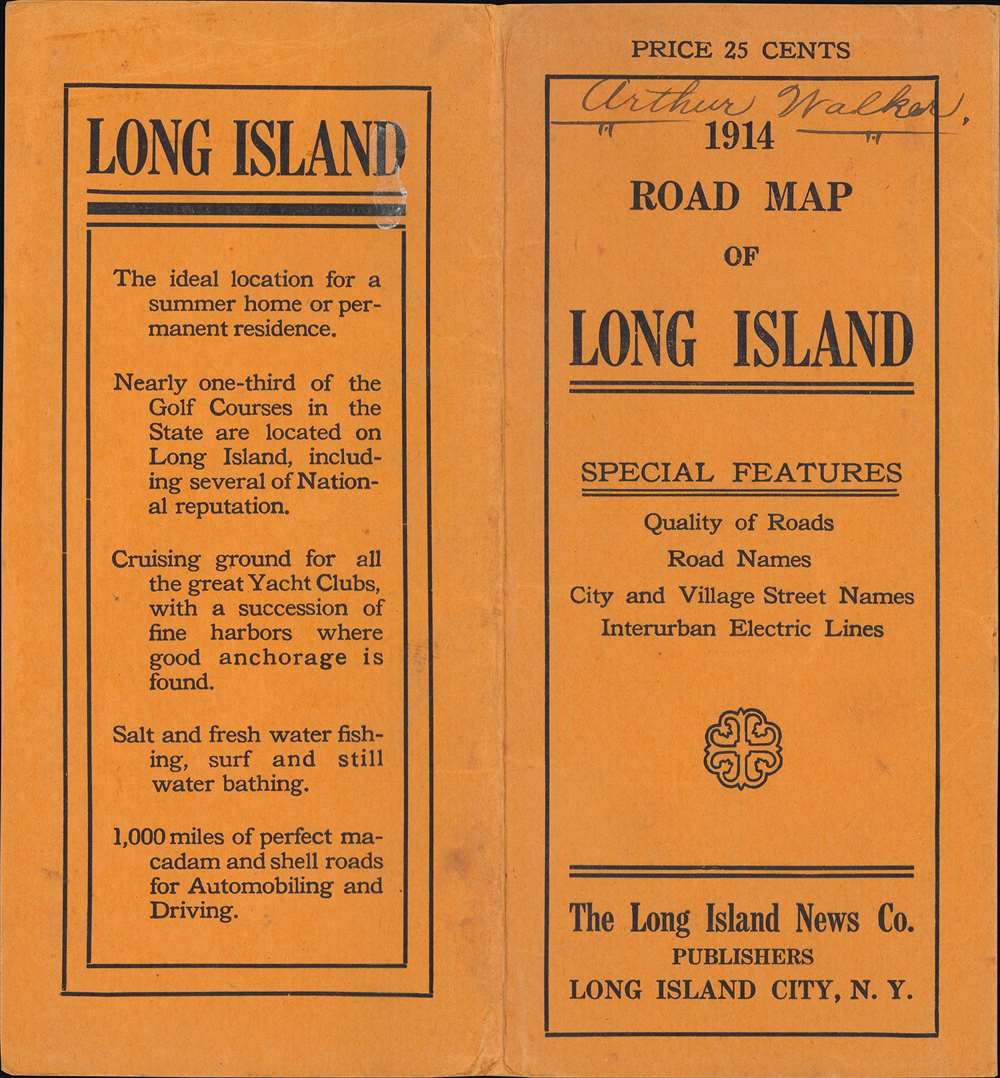 This is a 1914 C.S. Hammond double-sided road map of Long Island with eastern Suffolk County on the recto and New York City on the verso.

A map of eastern Suffolk County occupies the recto. Major roads are illustrated and are differentiated between 'good roads' and 'fair roads'. Riverhead, Southold, and Southampton are illustrated. An inset along the upper border continues along South Shore and focuses on East Hampton. A second, smaller inset continues the North Shore and illustrates Orient Point, Gardiners Bay, and Plum Island.

On the verso, a map illustrating New York City and Norfolk County, depicting from New Jersey east to Smithtown and Central Islip. Red lines highlight major highways, just as it was on the recto in eastern Suffolk County, but only a handful of other roads are illustrated east of Brooklyn and Queens. The street grid in Brooklyn, Manhattan, and the Bronx is illustrated, along with certain neighborhoods in Queens, including Long Island City, Flushing, and Corona. Towns farther east on Long Island are labeled, many of which have small street grid illustrations as well. The Long Island Railway is depicted, and lines of red dots trace long-distance trolley lines. Both the Atlantic and Long Island Sound coastlines are covered in detail.

This map was created and published by C.S. Hammond in 1914. We note earlier and later examples of Hammond's map of Long Island in OCLC, but the 1914 edition does not appear in the database.

Good. Light wear along original fold lines. Soiling. Shows use. Map is printed on both sides so both sides cannot be displayed at once.
Looking for a high-resolution scan of this?