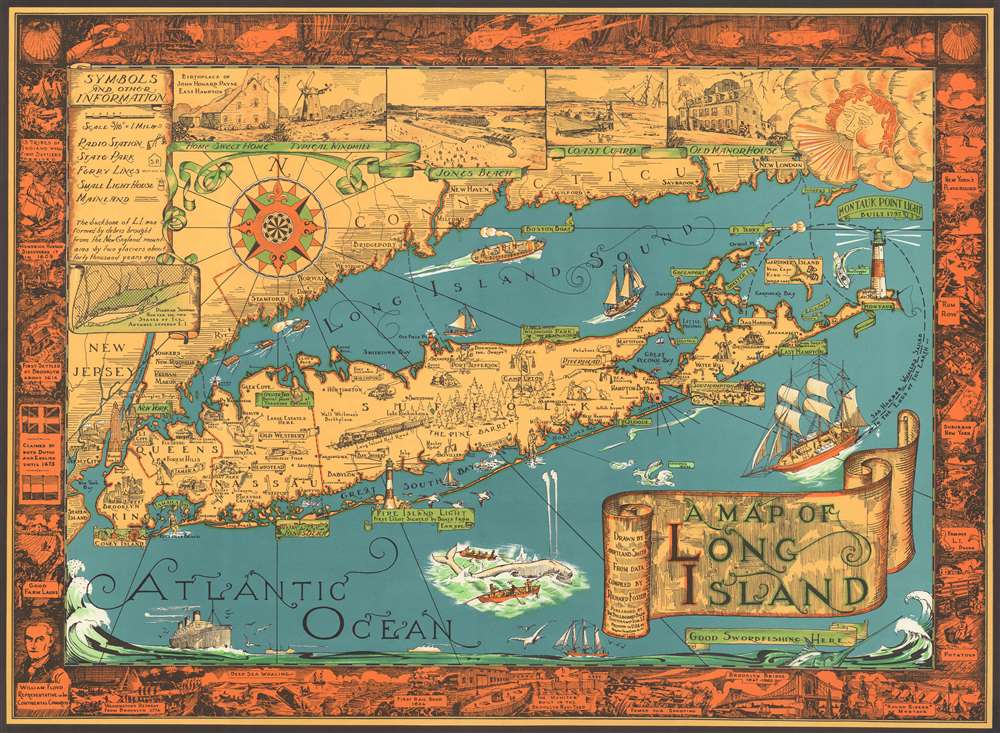 This map was drawn by Courtland Smith from data compiled by Richard Foster, published by The Billboard Barn, Southampton, L.I., and printed by Gerson Offset Litho Co., Inc., New York. This map, first printed in 1933, became extremely popular and has since been widely reprinted. The present example is the 1961 edition.