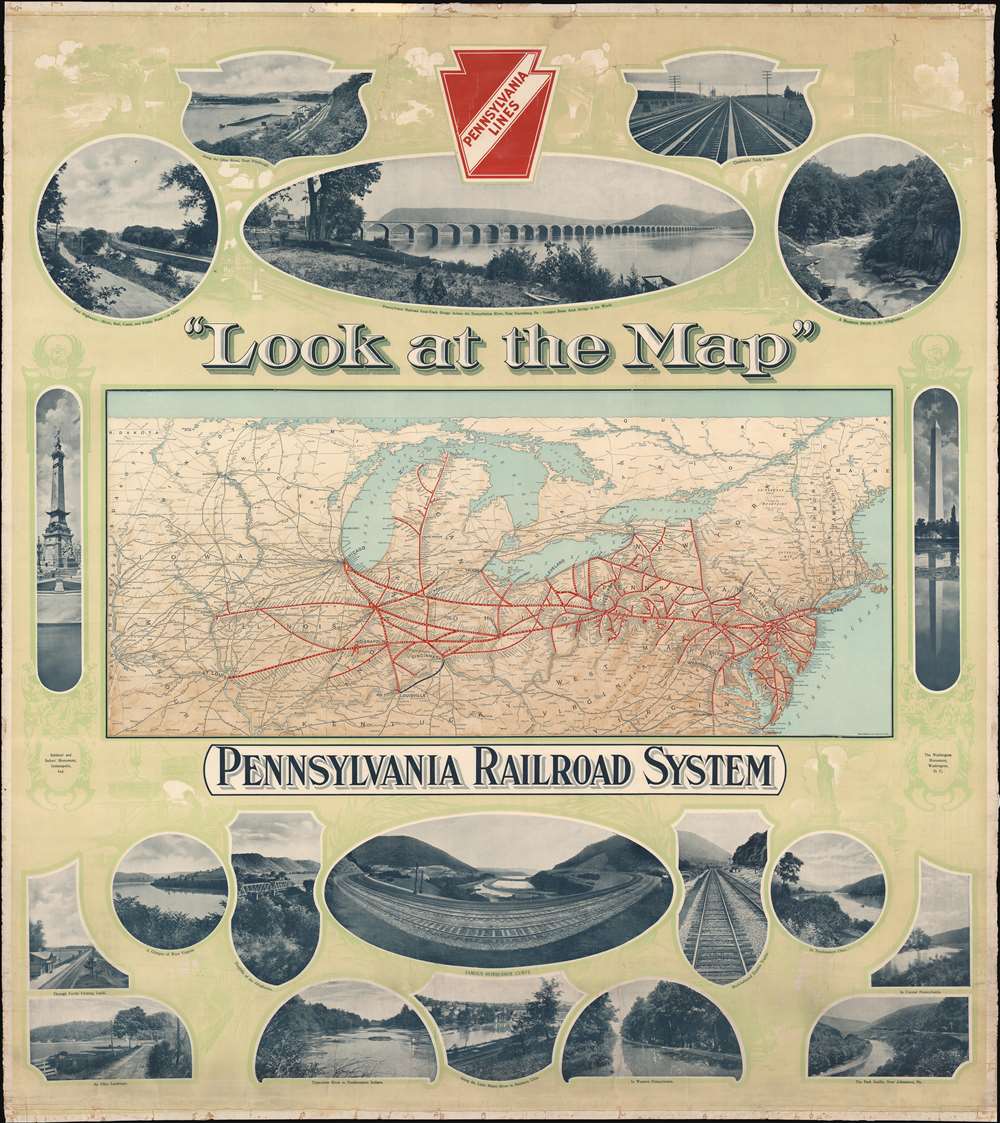 This c. 1910 Pennsylvania Railroad wall map of the United States promotes the natural beauty of the United States, and the ease of access to that beauty granted by the Pennsylvania Railroad. A map of the Pennsylvania's rail network occupies the center and thick red lines highlight its routes. White dots mark most of the stations and thin black lines mark major connecting railroads. Printed photographs surround the map and provide views of the vistas offered to the Pennsylvania's passengers, including mountain streams, major rivers, wooded hillsides, and open farmland. Other photos highlight the Pennsylvania's iconic infrastructure, such as the 'famous horseshoe curve' or the Pennsylvania Railroad four-track bridge across the Susquehanna River at New Harrisburg, Pennsylvania. Photos of the Washington Monument in Washington, D.C. and the Soldiers' and Sailors' Monument in Indianapolis flank the central map. Faint green illustrations fill the rest of the background and depict landmarks such as the Statue of Liberty and the Brooklyn Bridge alongside vignettes of workers in factories and idyllic countryside scenes.

This map was created by Rand McNally and Company and published by the Pennsylvania Railroad c. 1910. We see no examples catalogued in OCLC, in dealers' catalogues or in auction records; we have identified no other surviving examples of this map.