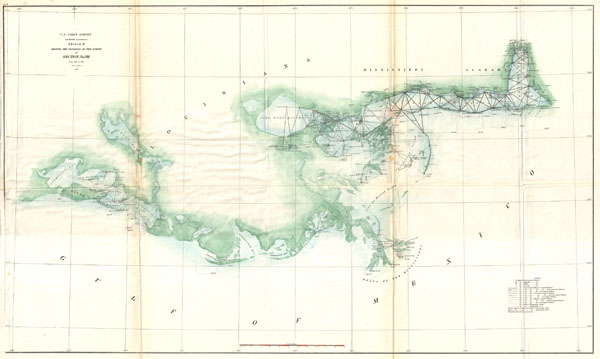 Report of the Superintendent of the United States Coast Survey, Washington, (1859 edition).

Good. Some wear, verso repair and reinforcement, and toning along original fold lines.
Looking for a high-resolution scan of this?