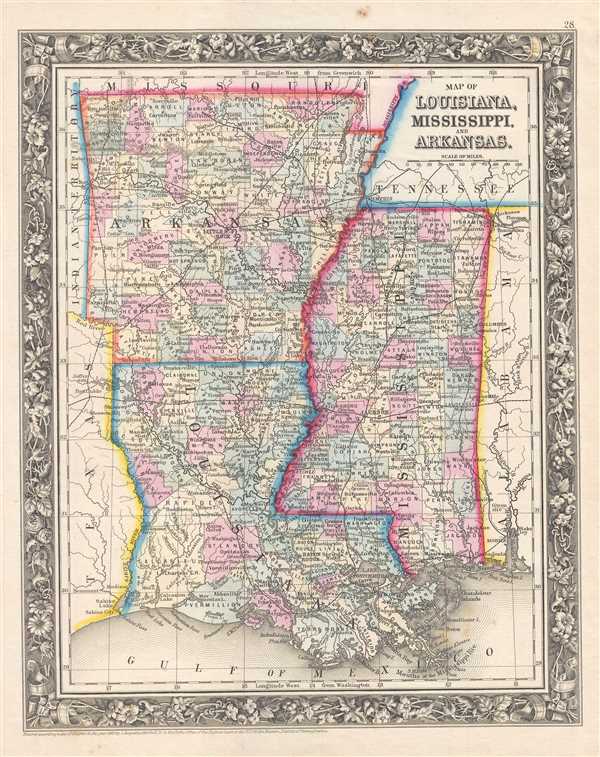 Illustrates the New Orleans, Jackson, and Great Northern Railroad, which completed the direct rail link between New Orleans and Chicago.

This is an 1861 Samuel Augustus Mitchell, Jr. map of Arkansas, Louisiana, and Mississippi. The map depicts the region from Indian Territory and Texas to Tennessee and Alabama and from Missouri and Tennessee to the Gulf of Mexico. Though unlabeled, the New Orleans, Jackson, and Great Northern Railroad in Louisiana appears to be illustrated, along with its connection to the Mississippi Central, which ran to Jackson and then on to Memphis, Tennessee. Several other completed railroads and are illustrated and unlabeled, as well as several more that were planned or in the process of being constructed.