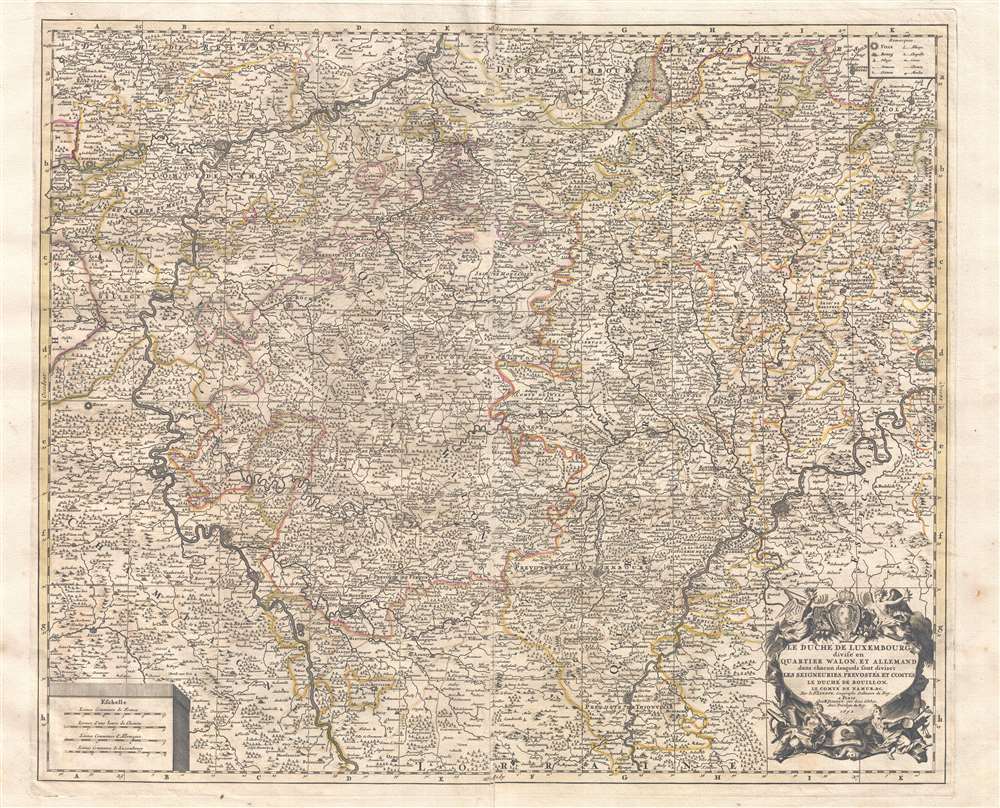 This is a large, impressive 1692 Alexis-Hubert Jaillot map of Luxembourg and parts of Belgium. Focused on the region between the Meuse and Moselle Rivers, the map depicts in minute detail from Rocroy in the west to Virnenbourg in the east and from Liege in the north to Thionville in the south. An elaborate allegorical cartouche appears in the lower right quadrant. Additional, less decorative, cartouches in the upper right and lower left feature a key and distance scale, respectively. Map names major and minor towns, rivers, counties, some topographical features, and political districts.