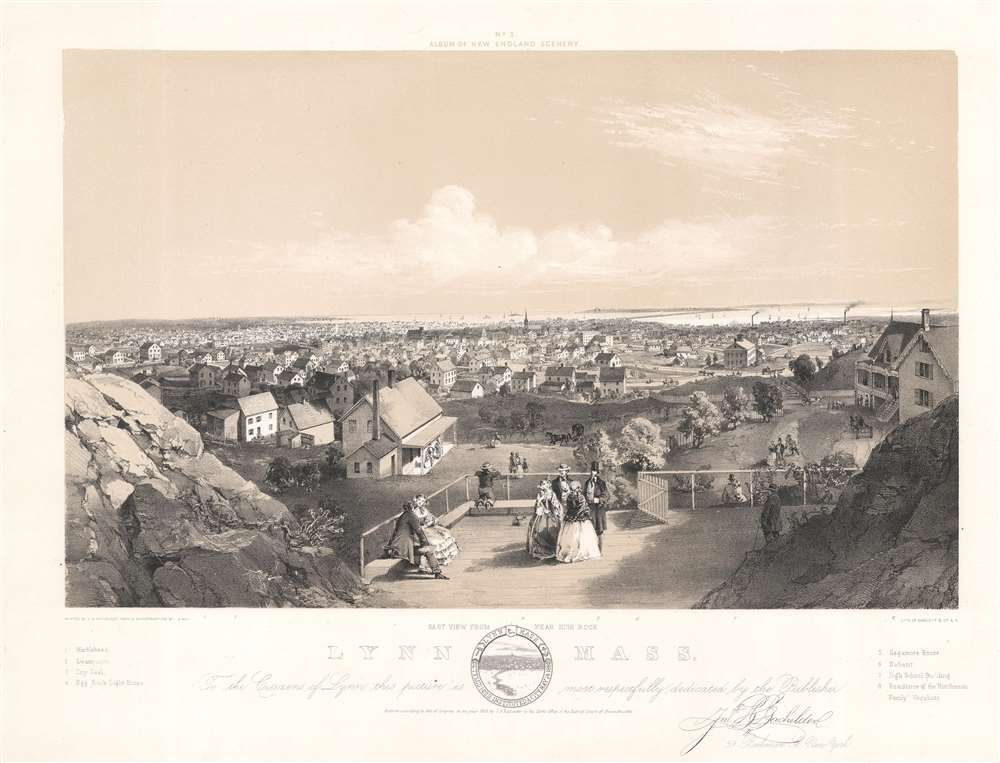 One of Bachelder's earliest works, this is an 1856 John Badger Bachelder view of Lynn, Massachusetts. Looking east over the city, houses, churches, and factories are illustrated. Eight locations within the view, including the high school and the residence of the 'Hutchinson Family' vocalists, are numerically identified along the bottom border and correspond with a small index situated to the left and right of the title. The city seal appears below the bottom border as well and Bachelder's printed signature is included to the right.

When this view was published, Lynn was experiencing a city-wide transition from a sleepy coastal town into a seaside resort. Estates and beach cottages were built along the shoreline throughout the mid-19th century, turning Lynn into a fashionable summer destination. Today, many of these estates are part of the National Register-listed Diamond Historic District.

This view was created by John Badger Bachelder from a daguerreotype by G. Hill, lithographed by Endicott and Company, and published by Bachelder in 1856. We note a single OCLC cataloged example at the Boston Athenaeum, and one other example at the National Museum of American History. Rare on the private market.