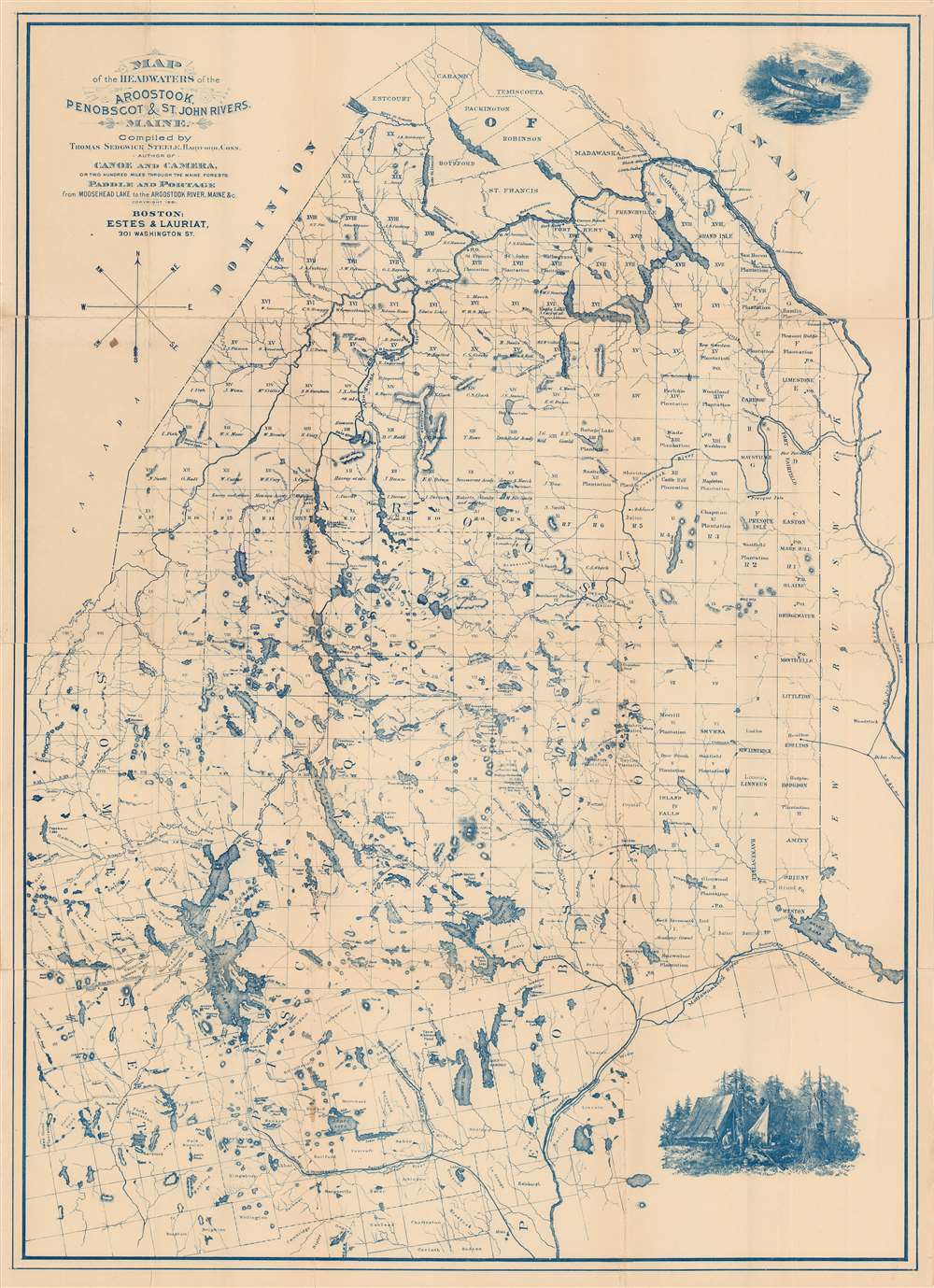 This is an 1881 Thomas Sedgwick Steele map of central and eastern Maine. Depicting the state from Penobscot Lake to Grand Lake, this is one of the first maps ever issued with the canoeist in mind. The Aroostook, Penobscot, and St. John rivers appear in fantastic detail, alongside Maine's extensive lake and river system. Moosehead Lake, Maine's largest lake, is situated on the left side. Maine's township grid overlays the state. Township owners are identified, and several towns close to the Canadian border, such as Linneus and Houlton, are labeled as well. The Female Seminary Grant is marked, as is the Middlesex Canal Grant, the Day's Academy Grant, and the Sandwick Academy Grant, among others. Entirely printed with blue ink, the map features two attractive engravings, one of Steele's canoe at the top right and another of his camp at the bottom right. Both of which are based on Steele's paintings.

This map was created by Thomas Sedgwick Steele and published in 1881 in his classic narrative of wilderness, Canoe and Camera. We are aware of two different editions of Steele's map, one printed in black and white and another printed in blue, like the present example. Three examples are cataloged in OCLC and are part of the institutional collections at the Connecticut Historical Society, the University of Michigan, and the Osher Map Library at the University of Southern Maine. However, it is unknown whether these examples represent the black and white edition or the blue edition.