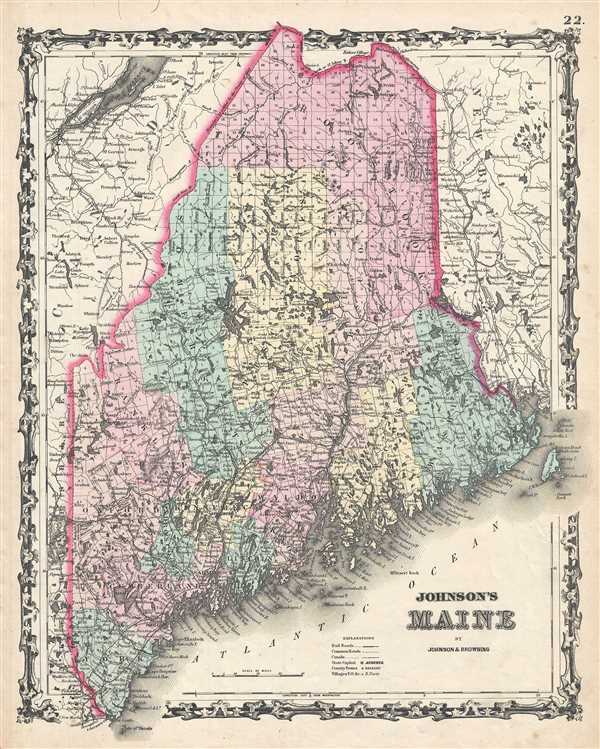 The last edition of Johnson's map of Maine to include Browning's imprint.